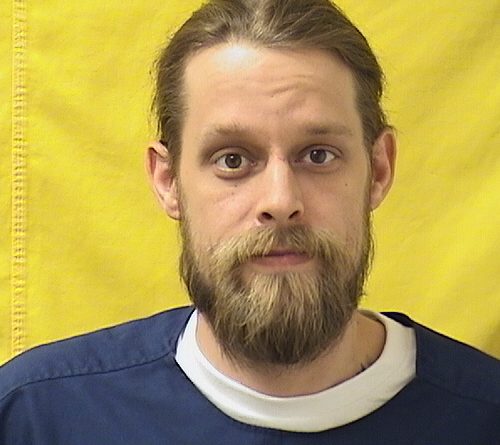 CopBlock cofounder Ademo Freeman has been sentenced to 9 months in the Warren County Correctional Facility. He is due out in 7 months having been credited for time already served. The judge in his case, Judge Robert S. Fischer agreed with Freeman that he should be allowed to put whatever substance in his body he so chooses, yet still sentenced him to prison.

In the land of the free, this is not freedom. Freeman has a medical prescription from Colorado and Ohio is supposedly a medical marijuana state. In addition, Ohio will also have full legalization on this years ballot. Unfortunately it will not pass in time to afford my friend any clemency.

Isn’t it unfortunate that we live in a world where a person has a medical prescription for cannabis, he is in a medically legal state, and even the sad excuse we call a president is saying to legalize marijuana, yet people are still be locked up for it? A world where police still make a big PR propaganda spectacle of marijuana arrests like they are stopping crime in some way by arresting peaceful people for engaging in freedom.Well here’s some evidence photos they didn’t have the sack to tout on their facebook page.(Where they post almost all marijuana busts with the evidence on the hood of their cars surrounded by all their gear.) The sad joke that is Ohio’s medical marijuana law doesn’t even recognize Colorado’s doctors prescriptions. There is no reciprocity built into it like there are with, gun laws, driving laws, and just about any other law that span several states. Who enacted this stupid version of a medical law?

John Kasich that’s who! All by himself with no input from Ohio voters, he just said one day after issue 3 failed (which would’ve effectively legalized marijuana in Ohio if it weren’t for the smear campaign against it,)  “This is what you got now, tough shit if you don’t like it!” Did I mention the Ohio government agencies charged with rolling out this program have until  September 2018 to get it done? Well, September is only a couple months away, and they are talking about it like it wont be done in time. Guess who’s gonna suffer if it doesn’t roll out in time? Adult users and medical patients alike! Do you think there will be any consequences for the agencies responsible? Of course not!

When do we lose the hypocrisy and just legalize it across the board? Why are we waiting for so called lawmakers and leaders to get their cut before we just take our freedom back? They got billions of dollars already. They chose to spend it on law enforcement so in my opinion they shouldn’t get shit! Don’t they work for us? Isn’t weed acceptable to like 80% of the consituents they work for? Why are we letting them drag their asses to quivel over what we obviously want!? Which is legal weed now!

Meanwhile my friend sits in prison with murderers and rapists until this state and cuntry comes to it’s sense on this issue. Meanwhile hundreds of medical cannabis users face jail every time they have to pick up their medicine. Meanwhile millions of motorists are accosted by Ohio State Patrol and other blue line thugs and forced into non consensual searches all because some asshole in a hat says he smells marijuana. The drug war is a failure! WHEN DOES IT END!?

Anyone wishing to send correspondence to Ademo (subject to location change) or the jail he currently sits in, you can write or call: