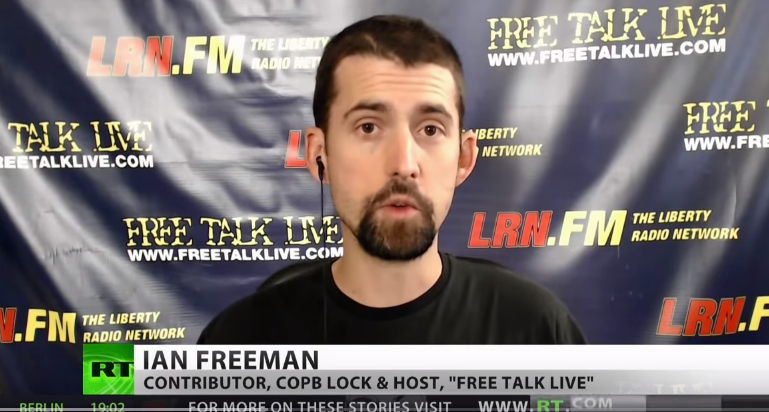 RT America contacted me Friday and asked for a quick comment on behalf of Cop Block regarding this week’s mass page takedown by Facebook. The takedown affected the facebook pages of major police accountability and pro-liberty sites including the Free Thought Project, the Anti-Media, Cop Block and others. I explained that Facebook is their property and they can do as they wish with it. Police accountability activists and other libertarians should be building alternative platforms rather than relying on those provided by political corporate behemoths like Facebook and Twitter. Here’s the segment that aired on RT America yesterday:

The good news is, such a platform already exists in the form of Mastodon, which is a decentralized, federated competitor to Twitter. Unlike Facebook and Twitter which are centralized platforms controlled by corporations, a Mastodon server can be run by anyone and worldwide there are thousands of Mastodon servers. Each server admin decides the rules for their server, including which other Mastodon servers to connect to – this is what it means when Mastodon is described as “federated”. Its decentralized, federated structure is why Mastodon is much more censorship resistant than the centralized, corporate platforms.

I recommend you create an account on your preferred Mastodon instance. If you’re pro-liberty, then you should try out Liberdon, which launched this summer and houses various libertarians and voluntarists. I just made a CopBlock account there today, which you can follow here.

I also highly recommend following “The Police State” on Liberdon – they’ve been doing a solid job reporting on police corruption – much better than the mostly-dormant Cop Block.

Facebook’s blog post explaining their takedowns basically admitted they were upset that pages like Cop Block were getting people to leave Facebook and visit their respective websites, meaning potential revenue for the sites in question and potentially less revenue for Facebook. Facebook doesn’t want you to leave Facebook. Whether there were political motivations behind the takedowns is more speculative, but it certainly reeks of it. Regardless of their reasons, perhaps you should consider leaving Facebook entirely and helping build the decentralized alternatives. It’s up to you.