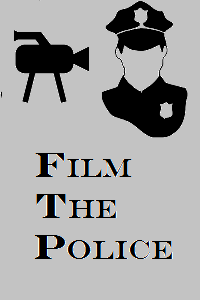 It’s here. The age where you can now instantly record video and share everything in your lives. As long as you have you have the means and know-how, you can film anything from Junior’s first steps, to your buddy’s drunken humiliation by Sharpies and missing eyebrows, to a run-in with your local law enforcement. And unless, by some off chance, there’s an EMP that takes out every electronic device, everywhere, forever, the ability for everybody and their mother to record what’s going on around them is not going away.

In this post on PoliceOne.com, the author, Gary T. Klugiewicz, says:

“Our actions are now immortal and capable of being viewed forever on the Internet. This is one of the major differences in police work from a decade ago. Never before has the need for professional police conduct been more important. You need to look good and sound good or no good. We, the police, need to act, talk, and be more professional than ever before. Our personal and professional survival demands it.”

So, being professional at all times? It is indeed a daunting task, when you depend on paranoid thinking just to do your job. You have to try to maintain a professional demeanor while maintaining control over the situation (remember those words. They’re important here.), because you don’t know if the individual(s) you are dealing with might snap the next second and try to kill you, or run, or hurt themselves. Police officers are trained in self-preservation. That is, they are taught that their number one priority is to make it home at the end of their shift, “At All Costs”. Unfortunately, the paranoid thinking and self-preservation clashes with the need to maintain a professional demeanor, even in the most benign of situations.

Sometimes, it gets to the point that even someone who is recording a situation from a reasonable distance is considered a threat to that control. Somehow, somewhere, DMX’s “Up in Here” is playing in the distance. “Keeping cool” is out the window. It’s time for a smackdown.

Now not all cops fly off the handle at the idea of being recorded.

Not so difficult to be a professional, even when the guy with the camera was openly carrying. Even after his cop buddy was coming up with his hand on his holstered weapon. Don’t act like there is a problem, and there won’t be a problem.

Now the point of my little rant here is specifically directed to “America’s Finest”: Your job is in the public eye. Your badge is big and shiny and is going to catch some attention. How much and to what degree is on how you how you conduct yourself while you carry out your duties. If you are *truly* a Law Enforcement Officer, the idea of someone filming your actions while you’re on duty shouldn’t bother you.

The only ones that need to worry, are the ones that have something to hide.