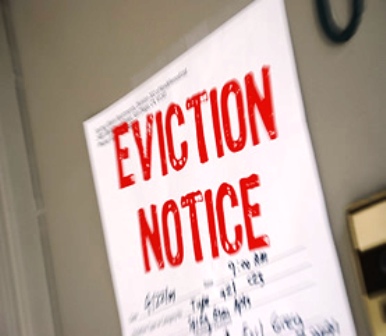 DEKALB COUNTY, GA. – Channel 2 reports that learned a local police chief is fighting to keep his job after the state agency that certifies officers voted to revoke him.

Lithonia Police Chief Washington Varnum, Jr. is accused of attempting to serve his own eviction notice.

“He basically provided a sworn statement to the courts that he himself could not be found,” said Georgia Peace Officer Standards and Training Council (POST) spokesman Ryan Powell.

Varnum was living at the Les Jardins apartment complex and working as a DeKalb County Deputy Marshal when, he said, a co-worker asked him to serve a stack of eviction notices at the complex.

Varnum told reporter Jodie Fleischer that he noticed his name was at the top of one of the notices, but he did not serve any of them. He instead checked the box which read, “Defendant not found in the jurisdiction of this court,” and hand-wrote underneath, “All breezeways must be properly marked with the unit numbers for service.”

Varnum fought the revocation saying he treated his own eviction notice like all of the others. He resigned from the marshal’s office while under investigation on charges of neglect of duty, falsifying a document and unbecoming conduct.

Months later, the Lithonia Police Department hired him anyway, and then promoted him to chief. The case has been on appeal for more than a year and a half.
“Of course, we wish we could do things faster, but we are bound by the process. So we really have no control over how fast the case moves,” said Powell.

An administrative law judge finally heard Varnum’s appeal earlier this month. If he agrees with POST, Varnum’s certification would be revoked immediately. If Varnum wins, his case still isn’t over. The ruling would go back to the POST Council for reconsideration. The council could still uphold its own decision, thus forcing Varnum to appeal in superior court. The judge should rule on the case within the next few weeks.
Submitted by Joe