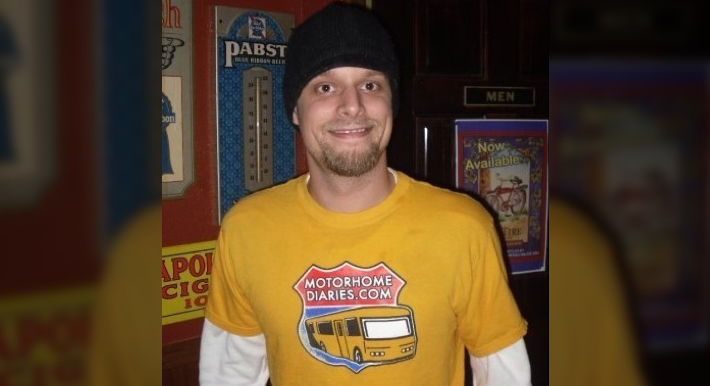 This post, by SalWigginOut and posted August 4th, 2012 to CNN iReport, is currently the second-most popular post made to that forum, and for good reason.

Keene, New Hampshire – August 4, 2012 – The controversial felony wiretapping charges journalist and CopBlock.org founder Adam ‘Ademo’ Mueller is facing will go to trial, a situation that has stirred up a hornet’s nest of free speech advocates in New Hampshire. The “Free Ademo” supporters are planning to show their support en masse at Hillsboro County Superior Court when jury selection for the trial begins at 9 a.m. Monday, August 6. This will be the first time an activist has taken a case this serious to trial since the state passed HB 146, a jury nullification law that ensures the defense’s right to inform the jury of their right to issue “not guilty” verdicts when they disagree with the application of the law in question.

According to court documents, the three wiretapping charges stem from a vlog Mueller posted on CopBlock.org, which featured recordings of on-duty public officials being interviewed about alleged police brutality at a local school. Mueller was reporting about a video recorded by a Manchester West High School student’s cell phone, depicting Officer Darren Murphy slamming a handcuffed student’s face into a cafeteria table. The video later went viral.

“Why am I in jail with a guy who beats up his wife and gets a one-year sentence from the state, but I’m facing 21 years for filming somebody?” Mueller told Judge Kenneth Brown in court last week. “I am confident I can show a jury, with facts and logic, that I shouldn’t be caged for my actions. My mind is free and my conscience is clear. I haven’t harmed anyone and I’ve done what I feel is right. I’ll be an activist of freedom until the day I die,” he later wrote in a blog posted to CopBlock.org.

Muller’s case (docket #216-2011-CR-01055, State V. Adam Mueller) is not a unique one. There have been many similar stories in the media over the last couple of years, with police hiding evidence of misconduct by threatening people with wiretapping laws and other catch-all charges, such as refusing to obey a lawful order, interfering with a police officer, disorderly conduct or obstructing an arrest. More frequently, police won’t make arrests but they will illegally confiscate cameras, delete videos and photos or incorrectly tell citizens that filming is not allowed.

“A public official who is on duty and in a public space has no expectation of privacy. The First Circuit Court of Appeals has already ruled on this in Glik vs. Cunniff,” said Ian Freeman, co-host of the nationally syndicated radio show Free Talk Live. “The person who should face consequences is the officer who threw that poor kid into a table during lunch at the school cafeteria, not the journalist who reported about it.”

Although free speech activists are planning to pack the streets near the courthouse at Monday’s jury selection in Keene, many are already participating in a phone call and letter writing campaign to Judge Kenneth Brown and Michael Valentine, the prosecuting attorney for the “Live Free or Die” state. A full list of ways that the public – including those who live outside of New Hampshire – can participate in CopBlock’s “Free Ademo” campaign can be viewed on their website.

“Bring on the circus!” Mueller told the judge in anticipation of his trial, which is scheduled to begin August 13.