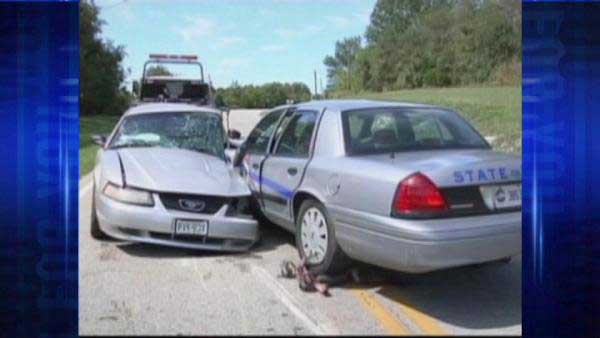 I am here to report to you an injustice. This one is personal for me, but I think it bears reporting to others. And if you are willing to listen for a few minutes, then I also hope you will be willing to give this some attention:

On September 15, 2011 Kentucky State Police Trooper Jonathan Biven’s cruiser crossed the center line on U.S. 31W and smashed into the driver’s side of a 2003 Ford Mustang, killing the driver, 33-year-old Nurcan Ceylan.

In the aftermath, Barren County Commonwealth’s Attorney Karen Davis says she would not pursue criminal charges Officer Biven. So far, no disciplinary action has been taken regarding the incident.

Trooper Who Caused Fatal Accident Has History of Inattention

I feel that this incident should be investigated more thoroughly, or at least more pubicaly known. I will admit that the news is a bit dated, and not as shocking or humorous as what is usually posted, but your website serves a broad audience, and all I ask is that what I bring in this email is considered.