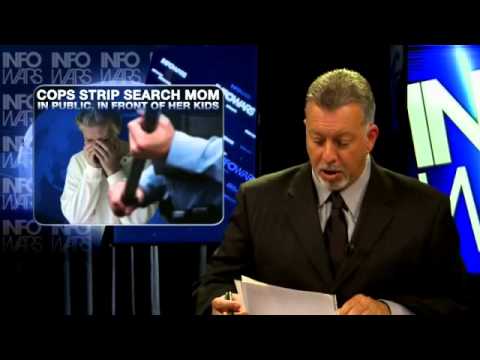 A resident of Citrus County, Fla., has filed a lawsuit against sheriff’s deputies who she claims pulled her over and strip-searched her in front of her two children and passing motorists on a busy street. As if that weren’t enough, the plaintiff also insists that the officers forcibly removed a “feminine hygiene device” from her vagina, all because she had purportedly drifted through a stop sign.

Leila Tarantino, the driver, even claims in her suit, filed in the U.S. District Court for the Middle District of Florida, that the reason for the stop is bogus. The suit maintains that the plaintiff had just brought her vehicle to a complete stop on June 17, 2011, when an unnamed deputy traveling in the opposite direction ordered her to pull over to the side of the road. The deputy next allegedly drew his service weapon, trained it on Tarantino’s car, and called for backup. Tarantino was placed in the back of the deputy’s car where she allegedly sat for the next two hours.

“Over the next two hours,” wrote ABC Action News, “four more officers, including a female, arrived on scene.” All five proceeded to conduct a strip search on Tarantino at the side of the road under the supervision of Sheriff Jeffrey Dawsey.

The situation progressed from bad to worse, the suit further alleges, when the female officer “forcibly removed” a Tampon from Tarantino. Presumably, police were looking for drugs, but drug-sniffing dogs were never called in and no contraband or anything illegal was discovered.

The Sheriff’s Department responded with a statement to a news station reading:

The Citrus County Sheriff’s Office wants to go on record as saying the allegations made in this lawsuit are not only ludicrous, but completely untrue. Yes, a traffic stop was conducted on July 17, 2011. The plaintiff was issued a criminal citation for violation of restrictions on her driver’s license. She also was issued a written warning for rolling through a stop sign.

No strip search was conducted, and the plaintiff’s tampon was never forcibly removed by any deputy.