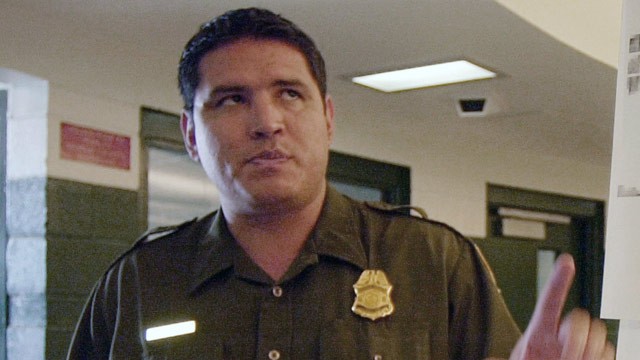 Just another example of double standards exercised by public officials… and then there is the issue of arbitrary political boundaries.

Raul and Fidel Villarreal were convicted of charges that they brought illegal immigrants into the U.S. for money and received bribes by public officials, and counts of conspiracy to launder money. Prosecutors said Raul Villarreal started a ring that smuggled in Mexicans and Brazilians and made Fidel Villarreal, his older brother and a fellow agent, one of his first recruits.

Both brothers pleaded not guilty in one of the highest-profile corruption cases to sting the Border Patrol since it went on a hiring spree during the last decade. Raul Villarreal had been a public face of the patrol, frequently appearing on television as an agency spokesman.

The federal probe began in May 2005 with an informant’s tip to U.S. Immigration and Customs Enforcement. Investigators installed cameras on poles in areas where migrants were dropped off, planted undercover recording devices, put tracking instruments on Border Patrol vehicles and followed a smuggling load by airplane.

The prosecution also relied on accounts of alleged accomplices and migrants who entered the country illegally, including some who identified Fidel Villarreal in photographs. One 24-year-old Brazilian woman said she paid $12,000 to be taken across the border in “a police car.”

Prosecutors said the brothers were tipped off about the investigation in June 2006, prompting them to flee to Mexico.

Shortly after they settled in Tijuana, a district police commander in the Mexican border city who allegedly shuttled Villarreals’ customers in squad cars was killed in a hail of about 200 bullets. The brothers were arrested in October 2008 — more than two years after abruptly quitting the Border Patrol — and extradited to the U.S. to face federal charges of human smuggling, witness tampering and bribery.

David Nick, Raul Villarreal’s attorney, had argued the prosecution relied on witnesses who had a strong motive to lie and surveillance yielded no evidence of wrongdoing by his client.

Nick said he couldn’t comment on the verdict because of a gag order. A message for Fidel Villarreal’s attorney was not immediately returned.

The brothers were scheduled to be sentenced Nov. 16. They face a maximum of 50 years in prison and at least $1.25 million in penalties.

Other defendants in the case include Armando Garcia, who was also found guilty Friday of charges of smuggling illegal immigrants for money, bringing illegal immigrants into the U.S. and conspiracy to launder money. Another, Claudia Gonzalez, pleaded guilty in Dec. 2009 and was due for sentencing Sept. 10.

U.S. Attorney Laura E. Duffy praised the agencies involved in prosecution, saying in a statement that stopping “corruption and maintaining the integrity of our federal border enforcement personnel is critical to U.S. border security.”