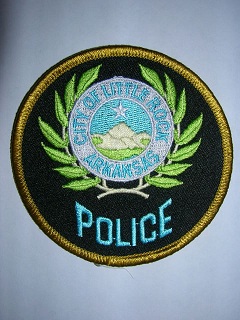 An officer-involved shooting this past weekend in Little Rock, Arkansas (the second in three days) left a 15 year-old boy dead.

Sylvia Perkins had a few questions after an officer shot at a car at Shadow Lake Apartments early Sunday morning. “Who gives anyone the right to shoot at a 15 year old child?”

Little Rock police say a juvenile is dead and two others are under arrest after they were breaking into cars. Sergeant Cassandra Davis, spokesperson for the Little Rock Police department, says officer Josh Hastings saw two people break into a car then ran to a Honda Civic where another juvenile was waiting in the driver’s seat. “According to the officer the vehicle came toward him and he felt threatened and he did fire upon the vehicle striking the juvenile driver.” That bullet killed the teen. The two other juveniles in the car ran but Davis says they were caught and charged with one count of breaking and entering of an automobile.

Police aren’t releasing the boys’ names, but Sylvia Perkins was at the scene Sunday and tells us the victim is her 15-year-old son, Bobby Moore. “I don’t have too much to say, the only thing I’ve got to say is whatever my son has done, it didn’t give that officer the right to shoot my son.” Family members of Bobby Moore say he hasn’t always made the best choices, but wasn’t a threat to society. “That’s a 15-year-old boy, that’s not some 30 year old man if he was out here doing something wrong , I don’t indulge in it but I indulge in this now against an officer taking my sons life.”

The Honda Civic the three boys were in, officers say, was reported stolen Wednesday, Aug. 8. As far as Officer Hastings, he has been put paid leave as they continue to investigate the shooting.

I certainly do not done the actions of the teens involved. Stealing is wrong, but I also do not believe that Officer Josh Hastings was justified in shooting the 15-year-old boy who was driving the car. If two teenagers were to break in to my vehicle, I would want to be made whole, but I would not want them, or their get-away driver, to be put to death. Officer Josh Hastings clearly used excessive force against these teenagers. -Kate