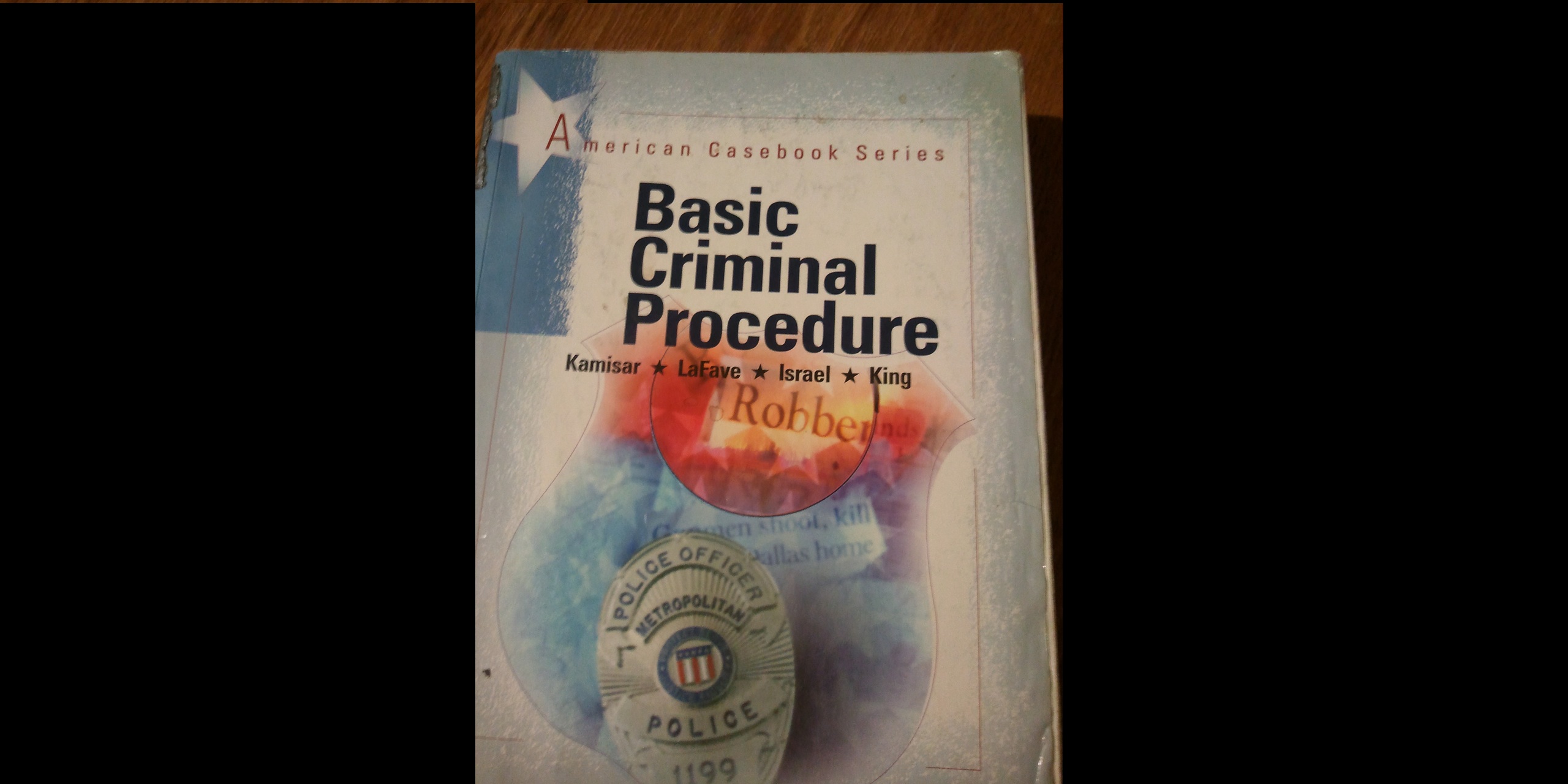 No one has to remind me that many Copblock followers take severe issue with the way American laws are legislated and executed. However we do have some regular Copblock readers who claim to support law and order, although it would seem they actually unconditionally support police officers – which is quite another matter entirely.

I was recently accused by such readers of “misusing Tennessee v. Garner” (a Supreme Court case regarding shooting fleeing felons dead) in my recent article on the police murder in Anaheim. It was further alleged that my “incorrect referene [sic] to Tenn v Garner only shows her D level understand [sic] of the law.”

This leads me to our legal discussion of the day on Tennesee v. Garner, 471 U.S. 1 (1985). I’ll be quoting the most relevant portions, but please don’t take my word for it – here’s the link to the full text, in case you don’t trust me.

The majority opinion was delivered by Justice White, who prefaced the opinion as such,

“This case requires us to determine the constitutionality of the use of deadly force to prevent the escape of an apparently unarmed suspected felon. We conclude that such force may not be used unless it is necessary to prevent the escape and the officer has probable cause to believe that the suspect poses a significant threat of death or serious physical injury to the officer or others.” [Emphasis added].

The facts in the case were as follows, as stated verbatim by the Supreme Court –

At about 10:45 p. m. on October 3, 1974, Memphis Police Officers Elton Hymon and Leslie Wright were dispatched to answer a “prowler inside call.” Upon arriving at the scene they saw a woman standing on her porch and gesturing toward the adjacent house.[1] She told them she had heard glass breaking and that “they” or “someone” was breaking in next door. While Wright radioed the dispatcher to say that they were on the scene, Hymon went behind the house. He heard a door slam and saw someone run across the backyard. The fleeing suspect, who was appellee-respondent’s decedent, Edward Garner, stopped at a 6-feet-high chain link fence at the edge of the yard. With the aid of a flashlight, Hymon was able to see Garner’s face and hands. He saw no sign of a weapon, and, though not certain, was “reasonably sure” and “figured” that Garner was unarmed. App. 41, 56; Record 219. He thought Garner was 17 or 18 years old and 4*4 about 5′ 5″ or 5′ 7″ tall.[2] While Garner was crouched at the base of the fence, Hymon called out “police, halt” and took a few steps toward him. Garner then began to climb over the fence. Convinced that if Garner made it over the fence he would elude capture,[3] Hymon shot him. The bullet hit Garner in the back of the head. Garner was taken by ambulance to a hospital, where he died on the operating table. Ten dollars and a purse taken from the house were found on his body.[4]

The Court went on to explain the background, “In using deadly force to prevent the escape, Hymon was acting under the authority of a Tennessee statute and pursuant to Police Department policy. The statute provides that ‘[i]f, after notice of the intention to arrest the defendant, he either flee or forcibly resist, the officer may use all the necessary means to effect the arrest.’”

Mr. Garner’s father subsequently brought suit in the Federal District Court for the Western District of Tennessee, for violation of his son’s constitutional rights.

The Court ultimately held that shooting a fleeing felon dead was constitutionally unreasonable (no shit). The Court reiterated that “whenever an officer restrains the freedom of a person to walk away, he has seized that person,” citing to the SCOTUS opinion in United States v. Brignoni-Ponce. And thus, “there can be no question that apprehension by the use of deadly force is a seizure subject to the reasonableness requirement of the Fourth Amendment.”

The Court explained that shooting a fleeing felon dead is constitutionally unreasonable because “The intrusiveness of a seizure by means of deadly force is unmatched. The suspect’s fundamental interest in his own life need not be elaborated upon. The use of deadly force also frustrates the interest of the individual, and of society, in judicial determination of guilt and punishment. Against these interests are ranged governmental interests in effective law enforcement….we are not convinced that the use of deadly force is a sufficiently productive means of accomplishing them to justify the killing of nonviolent suspects.” [Emphasis added].

The Court went on to say, “The use of deadly force to prevent the escape of all felony suspects, whatever the circumstances, is constitutionally unreasonable. It is not better that all felony suspects die than that they escape. Where the suspect poses no immediate threat to the officer and no threat to others, the harm resulting from failing to apprehend him does not justify the use of deadly force to do so. It is no doubt unfortunate when a suspect who is in sight escapes, but the fact that the police arrive a little late or are a little slower afoot does not always justify killing the suspect. A police officer may not seize an unarmed, nondangerous suspect by shooting him dead. The Tennessee statute is unconstitutional insofar as it authorizes the use of deadly force against such fleeing suspects.” [Emphasis added].

Under the circumstances of the Garner case, the Court specifically pointed out that “Officer Hymon could not reasonably have believed that Garner — young, slight, and unarmed — posed any threat. Indeed, Hymon never attempted to justify his actions on any basis other than the need to prevent an escape. The District Court stated in passing that “[t]he facts of this case did not indicate to Officer Hymon that Garner was `nondangerous.’ ” …This conclusion is not explained, and seems to be based solely on the fact that Garner had broken into a house at night. However, the fact that Garner was a suspected burglar could not, without regard to the other circumstances, automatically justify the use of deadly force. Hymon did not have probable cause to believe that Garner, whom he correctly believed to be unarmed, posed any physical danger to himself or others.”

And of course, the Court, being hesitant to take too firm of a stance against police, made this qualification with regard to the broad Tennessee statute –

“It is not, however, unconstitutional on its face. Where the officer has probable cause to believe that the suspect poses a threat of serious physical harm, either to the officer or to others, it is not constitutionally unreasonable to prevent escape by using deadly force. Thus, if the suspect threatens the officer with a weapon or there is probable cause to believe that he has committed a crime involving the infliction or threatened infliction of serious physical harm, deadly force may be used if necessary to prevent escape, and if, where feasible, some warning has been given. As applied in such circumstances, the Tennessee statute would pass constitutional muster.”

The next portions of the opinion focused on common law traditions and how such “older and fading common-law view[s]” were a “dubious indicium of the constitutionality of the Tennessee statute at issue” [read: regardless of what common law did or did not allow police to do – the point is, shooting an unarmed, fleeing, felon dead is unconstitutional]. Also note that O’Connor wrote a dissenting opinion, in favor of broad police powers to execute such fleeing felons (joined by Rehnquist).

While some legal scholars believe Scott v. Harris (involving a police shooting a suspect in a high-speed chase) limited Garner to an extent, the facts of the Manuel Diaz shooting bear strong factual similarity to Tennesse v. Garner, which continues to operate as law.

Like I said, you don’t have to take my word for it. Go read the damn case yourself. Better yet, go check out what lawofficer.com has to say about it. I don’t have to argue from my moral or philosophical grounds to conclude this shooting was wrong. I can argue on your terms, using your law, and you are still fucking wrong.

This isn’t rocket science here. If I’ve demonstrated a “D” understanding of the law, please explain how this is the case – but for some reason, I have a feeling you won’t. I have a feeling even if I was arguing 2+2=4, you’d accuse me of “misusing” and “misunderstanding” the facts if you thought that I was using arithmetic principles to malign your beloved, and indeed god-like police.