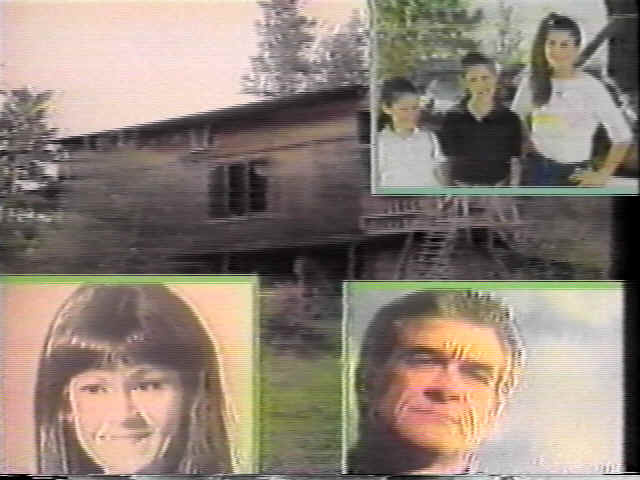 Twenty years ago today six men wearing camo and carrying M16s and night-vision goggles crept onto the property of a northern Idaho man, beginning an incident known simply by its location – Ruby Ridge.

Protected by their colleagues also operating on stolen money, those wearing badges destroyed a family and got away with murder.

As continues to happen to this day, and as will continue to happen until each of us ceases to allow claimed double-standards to exonerate the actions of some, the aggressors were never held accountable.

Before Cop Block was even an idea, Ademo and I and another friend were active with a project called Motorhome Diaries, in which we criss-crossed the country and documented those advancing the broad freedom movement. Though we largely created our route on-the-fly, when we set-out there were two places I knew I wanted to stop. Ruby Ridge was one of them.


As I wrote after shooting these videos:

The cause for this incident – the selling of two shotguns by Randy Weaver to an undercover ATF informant that the ATF later claimed were 1/4″ shorter than allowable per their dictate (which Weaver denies) eventually resulted in over 400 law enforcement personnel swarming this remote area of Idaho. When it was all said and done Randy Weaver’s son Sammy had been shot in the back and killed by U.S. Marshal Larry Cooper and of his wife Vicki shot in the face and murdered by FBI sniper Lou Horiuchi.

As I tried to show in the beginning of the first video, this location is very remote and difficult to find – begging the question of if it makes sense that some bureaucrats sitting in a DC office over 2,500 miles away have the authority to make decisions that ultimately resulted in the deaths of two innocent people.

The lack of unaccountability for the actions of government agents at Ruby Ridge should be a warning. Though Horiuchi’s actions were condemned by a DOJ investigation (which found that his second shot violated the Constitution) received no negative repercussions and later in the same year was on the ground in Waco, Texas. When charges were brought against Hourchi the federal government quickly claimed sovereign immunity – which basically means that he can’t be sued and that he was just following orders. And though the government admitted no fault the remaining Weavers and their friend Kyle Harris were given financial compensation – money taken not from those who caused the atrocities but stolen from taxpayers. Is that any deterrent?

What steps can be taken to prevent similar situations in the future? If we take into consideration the incentives inherent in a system that shield entire groups of people and the “goods” and “services” they provide from competition and accountability it doesn’t look too good.

For more on this I encourage you to read an overview of Public Choice Theory, Murray Rothbard’s chapter on Police, Law and the Courts from For a New Liberty, and the books The Enterprise of Law by Bruce Benson, Anarchy & the Law edited by Ed Stringham, and The Market for Liberty by the Tannehill’s (read by Ian Freeman of Free Talk Live & FreeKeene.com).