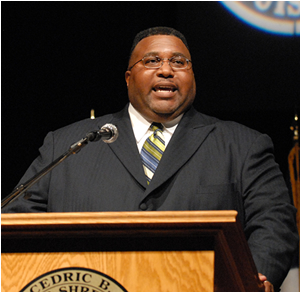 The mayor of Shreveport, LA has stated to an individual who was stopped for a traffic offense, and had his lawful firearm in his possession that had no right to keep and bear arms, and for the safety of the community, he ordered his officer to seize the firearm, illegally. He then goes on to tell the offended individual that his officers have “more power than the president” when it comes to officer safety.

[An] email recounted a story about a man who was pulled over for a traffic stop. He had pro-gun bumper stickers affixed to the rear window of his pickup truck. It was late at night. When he was pulled over, he immediately got out of his truck and walked to the rear of the vehicle. The officer asked him “do you have any guns in the vehicle?” He said, “Yes, I do.” The officer asked him to stay in the back of his truck, walked to the truck and removed the firearm from the vehicle.

The officer then removed the magazine, and asked the man, “Is there a round in the chamber?” Again, the man replied in the affirmative. The officer ejected the round. After speaking with the man for a few minutes, the officer did not press charges, returned the weapon to the man, and allowed him to drive away.

Submitted via our submission tab by Scott Clark