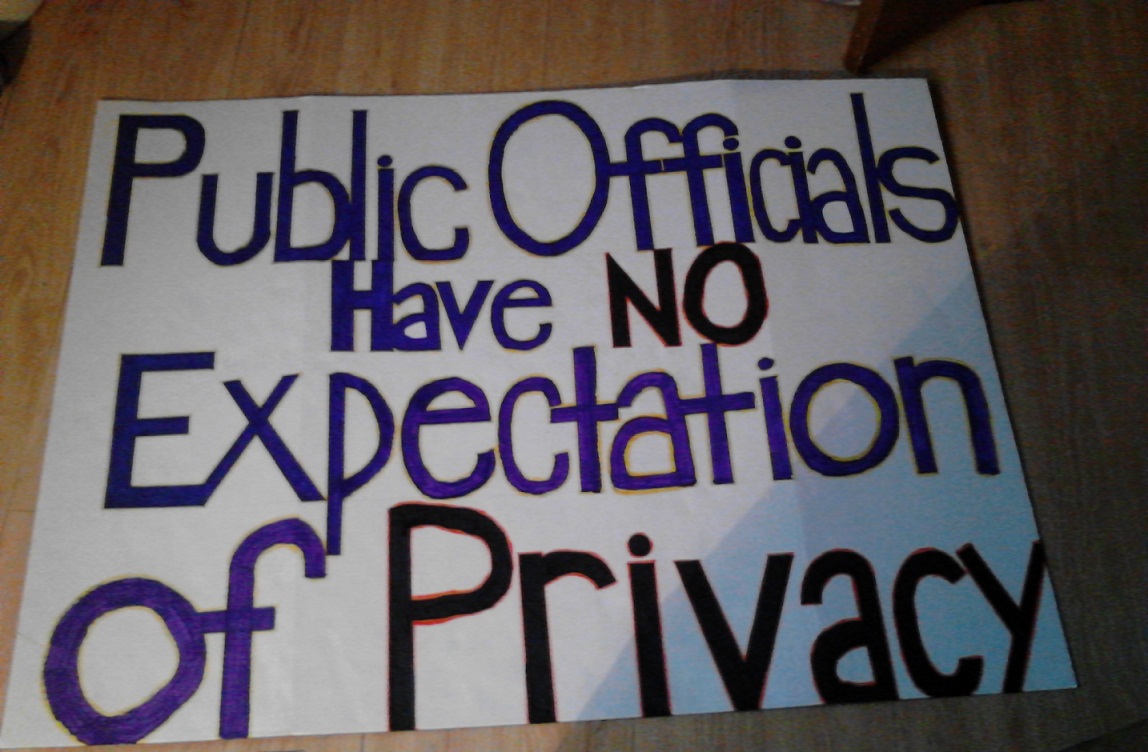 Earlier this morning, at approximately 12:30AM, I was at *a local establishment* in Manchester, NH with a few friends. Through the window, we saw a Manchester Police cruiser, lights flashing, followed by an unmarked car pull over a driver directly outside. The driver of the cruiser, as well as two plain clothes officers who arrived in the unmarked car, stepped out of their vehicles. Cecelia, a fellow Lady in Keene, and I decided to step outside to observe the situation. We stayed on the sidewalk and stood a reasonable distance away from the car that was pulled over. Cecelia began filming the encounter.

The two plain clothes officers stepped behind the car pulled over and turned to face us, while the uniformed officer spoke with the driver of the detained vehicle. Each officer held a flashlight in his hand, which they shined directly towards us in an attempt to prevent Cecelia from obtaining any usable footage. The officers were asked to stop shining their flashlights in our faces. One of the officers shut his flashlight off and started to mill around. The other plainclothes officer continued to stand, silent, with the flashlight shining in our direction.

Cecelia referred to the Glik decision, told the officer that he could be held liable for obstructing a member of the public from documenting their actions, and again politely asked that he stop shining the light in her face. At this point, the officer threatened Cecelia with arrest. What was the officer’s rationale for the threat? Was it because we were standing in the general vicinity, or too close to, the traffic stop? It couldn’t have been. We were a sufficient distance away, by any reasonable person’s standards, and I was not threatened with arrest. Therefore, the only other possible rationale for this threat was that Cecelia was filming.

If the officer’s premise for making such a threat was that Cecelia was documenting the actions of those whose salaries she is coerced into paying for, would you consider that a reasonable or solid rationale?

Considering the fact that those being filmed were public officials, paid for by the public, I would say that it is not reasonable, moral, or lawful to make such a threat, or to carry through with it. Fortunately, the situation defused rather quickly; the man or woman pulled over by the Manchester Police was released within 2-3 minutes of the initial stop, and Cecelia and I chose to end our interaction.

Public officials have no expectation of privacy on the job, and though there has been a steady increase in individuals exercising their right to film or document the actions of public employees, the threat levied makes it clear that those particular individuals are not comfortable with being held accountable. 8
SHARES
FacebookTwitterGoogleRedditTumblr
DiggLinkedinStumbleuponMailPrint
You Can Support Cop Block by shoppping on Amazon using the banner below:
BANNERS ARE CLICKABLE