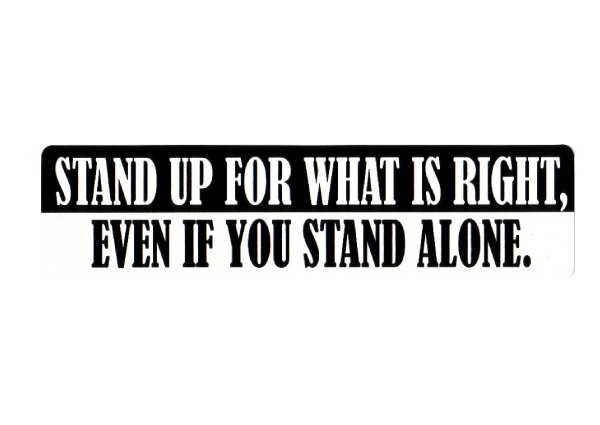 In 1937, Adolph Hitler enacted the following:

German Firearms Act of 1937:
“No civilian is to have a firearm without a permit and permits will not be issued to [persons] suspected of acting against the state. For Jews this permission will not be granted. Those people who do not require permission to purchase or carry weapons [include] the whole SS and SA, including the Death’s Head group and officers of the Hitler Youth.”

After just 4 years, “The Final Solution” was started and the Holocaust began.

Imagine…4 years. It took 4 years for Hitler to disarm the general population and proceed in killing millions. One of his head officers supported his decision, stating: “Germans who wish to use firearms should join the SS or the SA– ordinary citizens don’t need guns, as their having guns doesn’t serve the State.”

Think about that if you will: A government removing their citizens rights. Its not so hard to imagine anymore.

Our government continues to systematically erase our rights one at a time. From bans on “assault rifles”, to the simple “requirement” to get a permit to carry a firearm. The NDAA allows Military Court to deem anyone a terrorist, and detain indefinately without due process, as we saw in the Brandon Raub incident. The police are becoming more violent on a daily basis. To me, the full reason remains unclear. Maybe its due to being overworked and underpaid, or, more realistically, they have forgotten their primary role as police officers.

My question to you is this. How long are we going to wait? The Germans waited 4 years to find out why the government disarmed them. Unfortunately, they waited too long and found out the hard way.

Australians allowed their government to disarm the citizens through a national, mandatory, gun buy back program. Failure to comply with the program would land a normally law abiding citizen in prison. Since then, the crime rate throughout the country has skyrocketed. Who knows what is to come of Australia. That is still yet to see – but if history shows us anything, it wont be good.

We have known for some time that something is not right in this country. And it appears to be coming to light. There is corruption and tyranny at nearly every level of government, from our local police departments all the way up to the our president.

We can see it. We know it’s there. We are aware of what the problem is. The question is, again, how long are we going to wait?

My name is Scott. I am a Husband, father, and brother. I love this country. Lets not wait and see whats going to happen.

I would like to thank Ademo, Pete, and the entire crew of Copblock.org for providing the inspiration I needed to fight for our rights. Yes, it all started with police, but it has opened my eyes to so much more. Thanks again. Be Free.