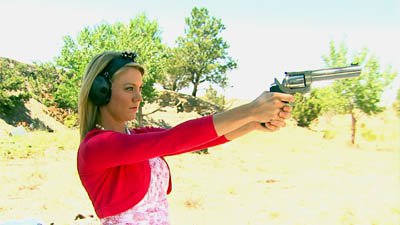 In 2003, my adult daughter Amelia was diagnosed with leukemia. She put up a brave fight, but died in 2006.

The last couple years she was alive, she broke the law to smoke pot. She’d never smoked pot before, but a medical professional tacitly suggested it to her, to deal with nausea, weight loss, and pain, both from the leukemia and the chemo. It helped. It gave her some relief. Pot made the hell a little less hellish.

After she died, I started to reflect hard on the reality of pot laws. Even though I don’t smoke pot, I wanted it to be completely legal. The thought that someone could have thrown my only child in a cage for doing something that had made her soul-crushing pain a little less painful infuriated me. And I knew that any kind of “permission slip” was just The State meddling in things that are nobody’s business, regardless of whether the smoker has cancer or just wants to craft a nice buzz on Friday night.

In 2008, someone tried to break into our house while I was home. I was lucky: I was able to chase him off without a weapon. But I thought a lot about “What if he’d been a lot more motivated?” My wife and I bought our first gun the next day.

This lead to much studying of laws and soul-searching. I bought the book You and the Police by Boston T. Party and learned about the difference between good laws and bad laws. I went fairly quickly from statist to Constitutionalist to minarchist to anarcho-capitalist, where I remain today. When I was somewhere between minarchist and anarcho-capitalist I hooked up with an AnCap named Neema Vedadi and started work on the feature-length movie Guns and Weed: The Road to Freedom. The movie seemed to need to exist, because people who feel strongly in favor of “gun rights” are often very against “pot rights”, and vice-versa. We wanted to unify. We needed to show that there’s no such thing as “single-issue rights.” That there’s no such thing as “half-free.”

Neema and I had a lot of fun making the movie, worked 18-hour days, and made it as a labor of love. We spent 2400 bucks out of pocket creating it, and actually got a DVD distributor to pick it up, while also putting it all up on YouTube, and we allowed someone to BitTorrent it with our blessings. The Guns and Weed movie was made to get a message out, and a lot of people loved it and told us it was important in their path to liberty.

A lot of people also hated it. We’ve had gun people tell us “This will set the Second Amendment back 50 years!” (Which actually sounds like a good thing if you think about all the gun laws that have been passed in the last 50 years, lol.) We’ve had weed lovers say, “Weed is for peace, guns are for violence. This movie is a horrible idea.” But overall, the response has been overwhelmingly positive.

I directed the movie, but also did a little acting in it. There is a really bad cop in the script who conducts an especially violent raw-milk raid, and also raids a pot farm, named Sergeant Dan Banning. I wanted Boston T. Party to play Banning. Having him in the film would have been a nifty “full circle” from what he turned me on to. I liked the idea of having him in a movie partially influenced by his book. But there was a scheduling conflict between Boston and the actor playing the guy who runs the raw milk store. I took some of my acting “motivation” from stuff I’d read about a bunch of bad cops on CopBlock. Then I mixed in a little a dash of Cheech and Chong’s “Sergeant Stedenko.” And of course Dan Banning’s line “I’ll enforce any law out there” in the “tribute to a fallen hero” part is paraphrasing Sheriff Joe Arpaio’s “I’ll enforce any law on the books.”

I’m honored to be asked by Pete Eyre to tell you a little bit about how this movie came to be. Pete Eyre and Adamo Freeman were “early adopters” of the Guns and Weed movie. In fact, the first time I ever talked to either of them was right after we put the film up on YouTube and Pete wrote me to tell me that he and Ademo had made popcorn and had a blast watching the whole thing.

There aren’t a lot of “popcorn movies” about liberty. Most liberty movies are damn serious, which makes sense, because The State is a damn serious situation. The State is the ONLY threat to our liberty. But I like to try to make people laugh. I feel it’s effective.

And as Oscar Wilde said, “If you want to tell people the truth, make them laugh, otherwise they’ll kill you.”

Piece on a song Michael sang in tribute to his daughter after she passed away: http://tinyurl.com/8vmhapo