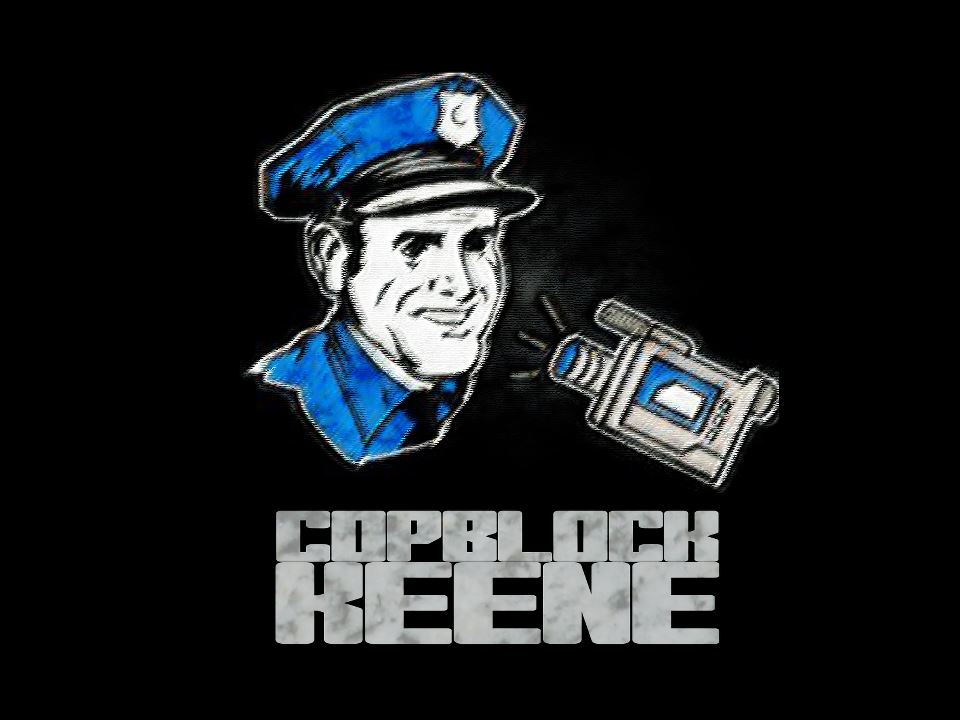 Friday August 31, 2012, I went out to a Keene CopBlock event with about 12 other individuals. The purpose of the event was to patrol the streets of Keene and hold accountable public officials in the course of their duties by way of documentation. As the vehicle I was in drove down Winchester Street, I noticed approximately seven or eight police cruisers and three or four bike cops along Winchester CT, a short side street. We notified other activists via two-way radio, turned around, and found a place to park. Winchester CT mainly houses Keene State College students, it appears. The multiple officers were in various different locations; some were on the street, some in the backyards of homes looking around, and some standing on front lawns talking to people.

Activists recorded as well as talked to students about what was happening. Cecelia (a fellow Lady in Keene) and I got a chance to interview a student after he very politely asked that Cecelia avoid filming the house behind us (which there were no officers at). As he explained the situation, a female officer came onto the road first and parked her bicycle to speak with someone. While the officer was speaking with someone, an intoxicated girl attempted to steal the officer’s bike, and when unable took the helmet instead. At that point, the female called for back-up to help her search for the helmet. Ten-twelve officers arrived on the street and begsn searching for the helmet – along the street, in students’ backyards. They even brought a K-9 unit. Eventually, the helmet was found beside a bush, and according to a report from two female students, officers entered an area against the occupants wishes and “broke up a party.”

First and most importantly, I do not support stealing. I do not support government employees stealing a portion of people’s salaries to pay for the bikes, helmets, and salaries of the government officials standing around on the street or searching through people’s bushes for a bicycle helmet. Although technically the person who took the helmet has probably been forced to pay for it, I don’t think that is a very good way to conduct yourself either.

It is truly absurd how much (stolen) money was used last night to search for a bicycle helmet. I also don’t appreciate how in the process of trying to find a bicycle helmet those officers chose to violate private property rights, inviting themselves in to look around. When my iPod touch was stolen from me, I didn’t go trespassing on the private property of every (or any) home on the street where it occurred. If I had entered properties against the owner’s wishes, there would have been repercussions for my actions. When police officers violate people’s property rights, what are the people supposed to do? If you respond to a trespassing police officer as you would to any other trespasser, they will almost certainly use an enormous amount of aggression against you. Unfortunately, many will be too afraid to stand up for you because of the badge the aggressor wears on their chest.

Note: A person who called the Keene Police Department during this time to report an extremely unsafe driver was allegedly told no officer could be sent out as they were too busy at the college campus.