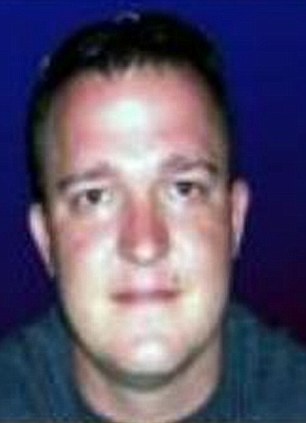 A Pensacola, Florida police officer was fired and charged with criminal battery after officers reviewed a video of him slamming a woman into her car.

Dash cam footage from August 2 shows Officer Christopher Geraci telling Abbi Bonds to get back in her car before he grabs her left arm and swings her body into the side of the car, causing her to fall to her knees and bang her chin against the vehicle.

“I’m not fighting you,” Bonds is heard saying as he cuffs her. “Why are you hitting me?”

Complying with department policy, Geraci, 33, filled out a use of force report for the incident. Geraci’s supervisor reviewed the dash cam footage to comply with protocol, and officials made their decision about his employment. Bonds did not call in a complaint to the department.

Geraci, who could not be reached for comment, was fired last Friday and charged with battery. He was taken to Escambia County Jail, but was later released on his own recognizance, records show. He does not yet have an arraignment date.

She admitted that she was on the phone when Geraci told her to get back in the car, but said he didn’t listen to her when she told him someone had stolen her car.

“He just totally lost control as a police officer and beat the crap out of me using way beyond excessive force to a female,” Bonds said.

Geraci had been responding to a hit-and-run where a witness identified Bonds’ vehicle as the vehicle which stuck two others and drove away.

“When I made contact with Bonds, she immediately began stating that someone took her car and she was chasing it down the road on foot,” Geraci wrote in the report.

She was charged with leaving the scene of an accident, failure to yield, no proof of insurance and driving under the influence.

If Bonds did hit two other vehicles and drive away, that was wrong as she ought to repair damage if she was at fault. Regardless, the amount of force used by officer Geraci was excessive and, as you can tell from the video, completely unnecessary.

11
SHARES
FacebookTwitterGoogleRedditTumblr
DiggLinkedinStumbleuponMailPrint
You Can Support Cop Block by shoppping on Amazon using the banner below:
BANNERS ARE CLICKABLE