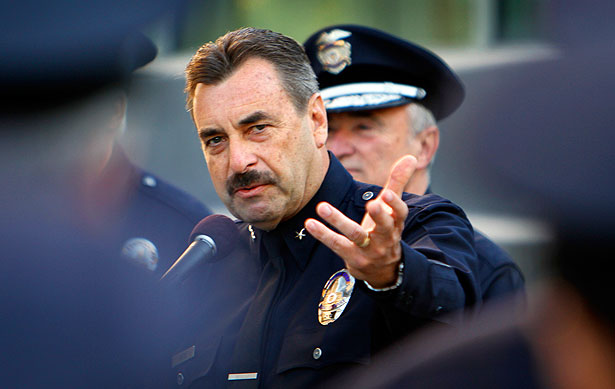 Carlos Miller of Photography Is Not A Crime wrote,

While various Southern California news sites are reporting that the Los Angeles Police Department has revised its terror policy to allow police to detain photographers as potential terrorists, that has actually been its policy since at least 2008.

The only thing that has changed is now the Suspicious Activity Report reminds officers that they are not allowed to profile citizens based on ethnicity or race.

It also throws in a disclaimer that photography and other listed activity is “generally protected by the First Amendment” and that officers should look for actual evidence of criminal activity before detaining citizens.

But cops are never known to read the fine print. And apparently neither are mainstream journalists who are treating this as a new policy change.

From the Los Angeles Times:

Over the objections of some civil liberties groups, the Los Angeles Police Commission approved controversial new guidelines Tuesday for when LAPD officers can document suspicious behavior they believe could be linked to terrorism.

The five-member civilian oversight panel unanimously approved a special order that gives officers the authority to write reports on people whose actions might not break any laws, such as taking a photograph of a power plant.

From the Los Angeles Weekly:

Even as America has remained fairly free of foreign terrorism in recent years, the LAPD this week moved ahead with an official policy that considers taking photos and videotaping of some buildings suspicious activity.

The LAPD is obviously not deterred by a lawsuit filed by the ACLU last year against the Los Angeles County Sheriff’s Department where deputies displayed an ongoing pattern of detaining photographers for simply taking photos.

Below are screenshots from page 40 of the 52-page 2008 policy regarding photographers followed by page five of the revised policy from last month followed by the disclaimer.

Photography is Not a Crime