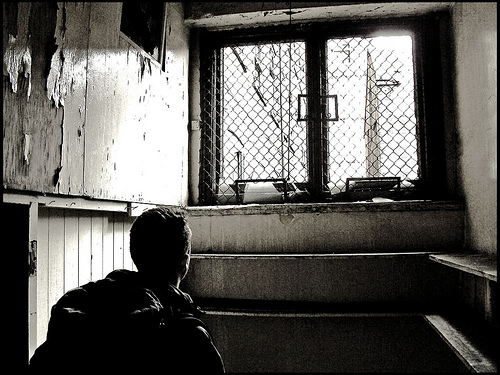 The following post was written by Ademo Freeman, from Valley Street Jail in Manchester, NH.

I wrote, prior to my wiretapping trial, a thank-you and semi-prediction of the outcome. Since then, I haven’t addressed the outcome publicly because I was tired of the trial talk and focused on doing my time. I’m not going to say much more than I did in my previous letter/blog post. The outcome of the trial is what it is and I knew the risk of my actions long before the verdict. I’m proud of myself for refusing the plea deal, speaking the truth, and avoiding the majority of the courtroom shenanigans. I hope others will follow my lead by taking the direct approach in courtrooms, even though I wasn’t “successful.” At some point, logic will prevail if everyone is speaking openly and honestly, especially when charged with victimless crimes and ones exposing government abuse – like mine.  The conclusion of my wiretapping saga now lies in the hands of Brandon Ross who has decided to try the legal route in freeing me from the State’s grasp.

I’d like to again thank everyone who has helped share my story, support CopBlock.org’s mission and contributed to my jail fund, commissary and/or appeal. Thank-you very much, I couldn’t do it without the support y’all have provided.

I guess the remaining question many, including myself, have is, “What’s next?” That answer depends on many things. Of the course the outcome of my appeal or other attempts of Brandon’s to free me from the 5 years of “good behavior” play a factor in what I’ll do after my release. Regardless, I know I’ll never go back to being an obedient servant of the state’s. Although jail as been an emotional roller coaster for me, as always, and may lead to a short vacation from public or high profiled activism like I’ve done in the past; I’ve recently started working on some video scripts and other ideas for Copblock/activism once freed, hopefully on or by October 11th.

Until then, I’ll continue my jail routine of reading, writing and working out, with the occasional outreach opportunity in between. And though many questions are still unanswered, know that we shall meet again, either doing activism or “in the place where there is no darkness.” (Reference to 1984)

26
SHARES
FacebookTwitterGoogleRedditTumblr
DiggLinkedinStumbleuponMailPrint
You Can Support Cop Block by shoppping on Amazon using the banner below:
BANNERS ARE CLICKABLE