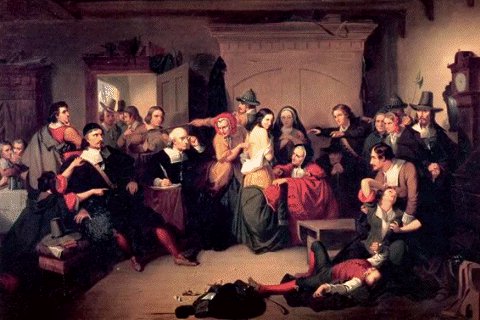 Friday evening, August 31st 2012 at approximately 12 am I was wrongfully arrested because a couple bigots pointed at me with the unjustice of the “Salem Witch Trial’s.”

Prior to this horrible moment, a large bar fight had broken out inside of McFadden’s at Westgate. Me and my friends were attending an event that my wife was involved in, and as people discovered that I was in a gay marraige, this seemingly angered a few of the men that were also in attendance.
As the event came to a close, I joined my wife in the back room of the bar to talk about the evenings festivities.

As we walked back into the main bar area we observed a large fight, tables knocked over, glass broken and security everywhere. I was immediately grabbed by a member of their security team and told to leave the facility because my friends had apparently been involved. Me and my wife grabbed hands and exited to an alley full of policemen. I was then grabbed by my arm and asked me to go with an officer that had been waiting on the sidewalk.

At this point I was thinking they just wanted me to give a statement so they can find witnesses to the situation. Yet I was immediately put in handcuffs, told I was under arrest and taken from my wife and friends to their cop car. Shocked and scared, I begged them to tell me what was going on. They told me to shut up and stated they would not be talking to me so I should not ask them any questions. I was then searched, had all my property taken and was left to stand in handcuffs behind their car with a squeezing police hand around my upper right arm.

The two men that had started the fight, attacked my friends and had been giving me trouble throughout the night were able to stand un-detained near the car while screaming at me, “You stupid fucking dyke, I hope you rot in jail!” They faced zero repercussions or consequences from any number of the policemen walking around this entire area. The girlfriend of one of these men began giving a statement to a policemen within earshot, telling them I had stabbed her mother with a piece of glass and fed them lies that they willingly believed.

Not a single person actually involved in this fight had been arrested or put in handcuffs, while I was thrust into the back of their car and forced to watch these liars walk around freely. I could not breathe and I begged for the door to be open, but was intentionally ignored and punished for somone pointing at me as they gave false statements simply because they disapproved of my lifestyle.

Thankfully, due to many witnesses coming forth and forcing these cops to listen to the truth, they learned that I wasn’t even near the fight. They also learned that this “mother I apparently stabbed” was actually drunk and fell over into the broken glass herself, and that these judgmental a**holes were giving me trouble all night.

They finally came over and explained that those men had pointed me out and told them to arrest me, so they did. When I questioned this rationale, they said it was for my own safety. Apparently it is safer for the actual attackers to have free hands and use loud derogatory language while innocent people get cuffed so as not to defend themselves against such atrocities.

I was let go because people stood up for what is right. I WAS PUT UNDER ARREST because these cops profiled me as a dangerous pierced and tattooed lesbian that just stabs strangers with glass without any provocation.

We no longer live in the golden age of innocent until proven guilty, and I believe that we passed this era a very long time ago. We are lied to every day in this “land of the free,” while they profile, they harass, they demonize, they bully, they wrongfully arrest, and use unlawful brutality. This corruption is disgusting. It is horrible to watch, and it is even worse when it is being done to you or someone you love. So we MUST ACT NOW.

STAND UP or we shall all continue to fall.
This post was written by Zen!