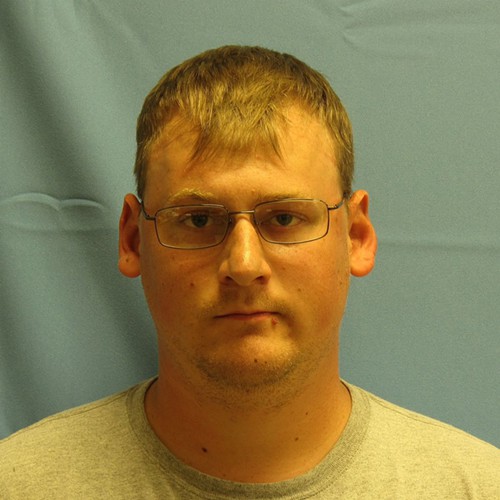 In mid-August, we shared a story about an officer-involved shooting in Little Rock, Arkansas that left a 15 year-old boy dead.

Sergeant Cassandra Davis, spokesperson for the Little Rock Police department, says officer Josh Hastings saw two people break into a car then ran to a Honda Civic where another juvenile was waiting in the driver’s seat. “According to the officer the vehicle came toward him and he felt threatened and he did fire upon the vehicle striking the juvenile driver.” That bullet killed the teen. The two other juveniles in the car ran but Davis says they were caught and charged with one count of breaking and entering of an automobile.

Hastings had said he fired on a Honda Civic because he feared for his life as it sped toward him. Sources told me earlier the investigation produced discrepancies between Hastings’ account and other evidence, particularly in the speed and direction of the car that Hastings said he felt threatened by.

A brief statement issued by Chief Thomas said two separate investigations — by major crimes and internal affairs — led him to “conclude the incident did not occur in the manner represented by the officer and that the use of deadly force did not conform to department orders.” He said he’d conferred with Prosecutor Larry Jegley in reaching the decision to file the charge.

Thomas noted that Hastings had said he identified himself, shouted for the driver of the car to stop and fearing it was about to hit him, with no way to retreat, fired at the car. Hastings told other officers that the vehicle continued past him a short distance up a slight incline then rolled backwards some distance before colliding with a parked car. Two occupants fled. The driver, Moore, was found dead at the scene.

The evidence developed during the course of the investigation(s) indicates that the vehicle approaching the officer had, in fact, stopped several feet from him and that the driver was in the process of reversing direction when the shots were fired. Medical opinion provides that the driver was immediately incapacitated by his wounds. There is no evidence to support the officer’s claim that the vehicle continued past him, and significant indication that the vehicle would necessarily had to have been in reverse at some point to reach the location of its collision with a parked car.

The affidavit filed for issuance of an arrest warrant provided more details of the night, including what witnesses said about Hastings’ statement that the car had driven past him, over a curb and into rocks. The two occupants of the car both told police that the car had stopped and the driver tried to back up.

Keontay Walker, 16, who was riding in the front seat, said that when the car neared a dumpster in the parking lot, he saw a light and told Moore to stop that it was the police. According to the affidavit:

Jeremiah Johnson, who ws riding in the backseat, gave a similar account. Said the affidavit:

While it appears that the vehicle was driving toward Hastings at some point, all of the physical evidence is consistent with statements made by the occupants of the car, indicating that the car was stopped, or in reverse at the time Hastings fired, and not traveling toward him at a high rate of speed, as Hastings indicated in his statement.

The affidavit said no evidence could be found at the scene or on the undercarriage of the victim’s car that indicated the car traveled over a curb or up an embankment as Hastings said. The autopsy on Moore indicated he was wounded in the left middle finger, right shoulder and left side of the head. Dr. Daniel Dye said Moore “would have died immediately from the gunshot wound to the head and would have been unable to make any conscious decision or coordinated movements at all after that injury.”

The police statement said the family of the victim had been notified. They’ve criticized police action in interviews previously with several TV stations.

Hastings’ employment with the department will be continued while the case pends.

*Hastings was arrested, processed, and bonded out of the county jail on $15,000 bond prior to the release. Manslaughter is a class C felony.