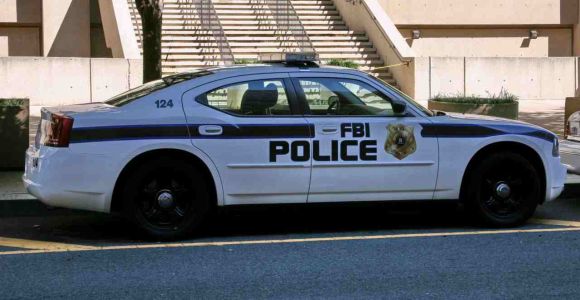 In another shocking example of how the federal government is repositioning itself as a secret police force to target political dissidents, a 16-year-old boy was questioned by FBI agents over a You Tube video he created for a school project which highlighted how America was slipping into a police state.

The video clip above, which promotes the presidential campaign of Congressman Ron Paul, was put together by Justin Hallman as part of a project for his American Government class. The video helped earn Hallman an A+ pass and his teacher enthused about how impressed he was with Hallman’s efforts.

The video touches on a number of issues, including the National Defense Authorization Act, evidence suggesting the Republican caucus in Maine was fixed to disenfranchise Ron Paul, the hacktivist group Anonymous, military drills taking place in American cities, as well as eviscerations of the right to free speech.

About a month later, Hallman was shocked to receive a knock on the door of his family’s home from two FBI agents, including Special Agent Matthew Bowman. Hallman provided us with images of Bowman’s FBI card which he left at the property when Hallman decided not to answer the door.

When Hallman’s mother called the number on the card she was told by Bowman, “We need to talk to your son.”

The two FBI agents returned to the house and began to talk to Hallman about his interests and hobbies, a tactic Hallman saw as the FBI agents attempting to gain his trust.

The FBI agents then attempted to recruit Hallman to spy on Anonymous. “They wanted me to be an informant, to possibly put my life in danger, to help them arrest and gain intel on occupy protesters and hackers,” he writes.

The agents then began to question Hallman about his support for Ron Paul’s presidential campaign as well as a conversation he had conducted with his teacher about the Illuminati secret society.

“They also asked me why I had talked to my teacher about the Illuminati,” writes Hallman. “I told them it was just harmless talk about the 1776 Illuminati that formed from the enlightenment era. I said my teacher said they are/were terrorists and not to talk about them (this caused the FBI agents to look puzzled and they changed the subject very fast to Anonymous). In the end they finally left for an “important meeting.”

The fact that the FBI men knew about Hallman’s conversation with his teacher clearly suggests that it was the teacher or another official at the school who reported Hallman to the FBI in the first place.

Hallman concluded his email by expressing concern the incident could hamper his future career prospects.

This case represents merely the latest example of Americans being questioned, harassed and intimidated by different branches of the federal government over their political beliefs.

Last month former Marine Brandon Raub was kidnapped by authorities and held in a psychiatric ward for political posts made on Facebook, just one of thousands of similar ongoing cases. Gun owners are also having their firearms confiscated having been declared “mentally defective” due to their political beliefs.