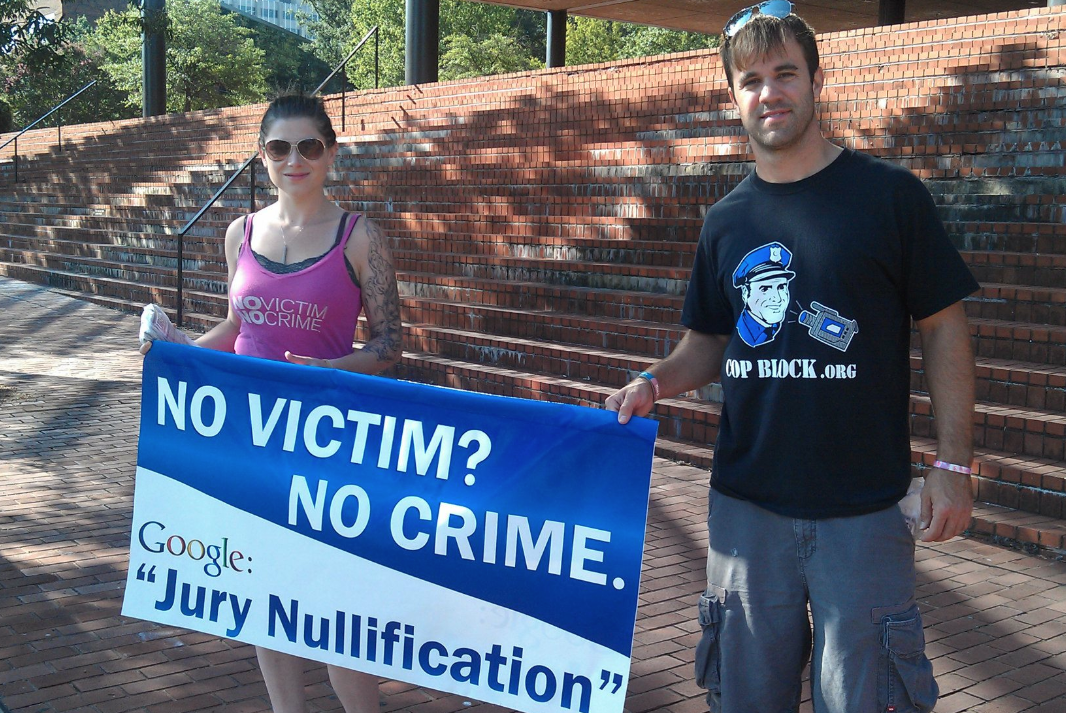 Last week concluded Virginia Cop Block’s “Liberty Empowerment Project” – well, at least the full-time effort behind it. We finished up the last two days in Oregon Hill and Hillside Court.

Each morning we started at about 8:30am outside of a court-house, handing out packets to folks going into court. We primarily did outreach at the John Marshall Court House and the Manchester General District Court House, with the exception of Henrico County’s Court House off Parham Road on the last day of the project.

The following list of neighborhoods is where we did outreach:

That’s a total of 14 neighborhoods that we successfully, and without any problems, did outreach in! We handed out approximately 8,500 out of the 10,000 Liberty Empowerment Packets!

We plan on distributing roughly 400-500 in Carver Community (across the Belvidere from Jackson Ward) next week. The remaining 1,000 will be handed out at various events/venues over the course of the next 2 months, and we may do some outreach at a local high school as well. I’m sad to see this full-time outreach come to a conclusion.

Both Meg McLain and I as well as the volunteers we had helping us out had nothing but extremely supportive, encouraging and praiseworthy comments from the many people we talked to. We talked with folks while in their communities about problems they were having with the police and offered advice, support and opened up a great dialogue that we hope will continue. We had numerous defense attorney’s, students, senior citizens and everything in between thank us and tell us “we need more people like you out here”; even including Joe Morrissey, who’s now a member of the Virginia House of Delegates. In an email sent by Mr. Morrissey to Meg McLain, he stated:

Just a short note to say thank you for the information pamphlets on Jury Nullification, Liberty Empowerment, and Not Taking the Plea that you gave me this morning in front of the Manchester Court House. As a former prosecuting attorney and current defense attorney and member of the General Assembly, I appreciate people such as yourself working to inform people of their rights. Thank you and keep up the good work.

Speaking of volunteers, I want to personally thank those who helped us out. There was only a handful of days that it was only Meg & I doing outreach, every other day we had at least one or two volunteers with us. So here is a BIG thanks Angus Novak, Josh Cleaton, James Higgins, Tyler Simpson, Igor Prohov and the roughly two dozen folks who helped us stuff the door-hanger bags with the literature after we received it all in the mail – THANK YOU! Furthermore, this project would not have been possible if we didn’t get funding for it and that funding came from donations and Ad-sponsorships.

I’d also like to give a HUGE and special thanks to Meg McLain. Meg took a BIG pay cut to help make this project possible. Meg designed each and every piece literature as well as contributed in writing it all as well. I can’t say enough how much I absolutely LOVE the literature she produced. It’s slick, eye-catching, and the text/graphics are well balanced, not inundating the reader with too much information. She is even offering the full color files of all the literature in the Liberty Empowerment Kit on her website for free download. She is also working on converting everything to black & white for home printing/photocopying. I highly recommend her as an agorist graphic design artist!

If you’re reading this and you’re a resident from one of the neighborhoods we did outreach in, I want to HIGHLY recommend and encourage you to get involved!

Two things you can do to have immediate impact in your communities:

Virginia Cop Block has been VERY successful since it’s existence. We’ve almost got 1,000 likes on our Facebook Page while reaching tens of thousands more around the world!- Plus traffic to our website (and social media sites) continues to increase. Also, since we created the YouTube channel on July 21, 2011, we have more than 42,000 views (from around the world) stemming from our near 30 videos. Now we just need MORE VIRGINIA Cop Blockers filming the police! Record the police and send us your footage to upload to the channel!

Previous success stories of Virginia Cop Block include, reporting/recording DUI Check Points, AKA “warrantless checkpoints”, reporting/recording the “Lemonade Freedom” event in D.C, Chalk the Police RVA (stemming from Susan Mortensen’s citation as a result of her 4yr old chalking on a rock 10ft from the River), breaking the story on Brandon Raub being kidnapped by government agents as well as raising awareness, participating in rally’s, and reporting from the court room the day his appeal hearing was scheduled, in which he was victorious and later that day released, Virginia Cop Block Billboard project the infamous free speech victory against the VCU Police Department, A speech I was invited to give at VCU about the topics we advocate for and lastly the Liberty Empowerment Project!

Thank you to all who support Virginia CopBlock!

We will continue to raise awareness about the ever increasing threat of the Police/Surveillance state, educate individuals on their civil liberties, bring accountability and transparency to government institutions, most especially the police – as well as attempt to eliminate double standards. We want to highly encourage YOU to educate yourself, others and to get involved and active in helping make a difference! I personally do not hate the police, nor do I advocate people hate on anyone. But I have taken the same oath the police officers have taken, I took that oath when I joined the Army (infantry) in March of 2006. I realize, as do MANY people, that the police are wildly out of control. They have forgotten not only their oaths, but who they really work for – the public. They were once called “Peace Officers” and there mission was to “Protect and Serve” the public. It’s clear today that’s not how things are anymore; it’s clear that the police, prosecutors and judges are ALL on the same team, they all want immunity, they all have each others backs, and it’s nothing more than high conviction rates, and policing for profit.

Again, thank you to EACH AND EVERY PERSON who helped make the Liberty Empowerment Project Possible! Take this project into your own communities and neighborhoods! The literature is downloadable for FREE on Meg’s website PLEASE continue to support our efforts!