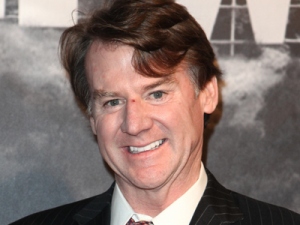 Article by D.L. Chandler at NewsOne:

Tales of police brutality have peppered the media airwaves for years now, most infamously in modern times with the savage beating of Rodney King in Los Angeles 21 years ago. The use of excessive force is a tactic employed by police officers who typically outnumber the victims. In short, police brutality serves to be nothing more than a mask for dominance and cowardice for those officers who use the small shreds of  [alleged] power they were “given“ to exact their will on those persons they perceive to be weak.

Case in point, Los Angeles police brutally beat businessman Brian Mulligan (pictured above and below), managing director and vice chairman of media and telecommunications for Deutsche Bank, back in May after the 52-year-old man reportedly became violent and appeared to be on drugs. Oddly enough, prosecutors decided to not file charges after the incident, and according to TMZ who obtained photos of Mulligan’s face after the beating, Los Angeles officials agreed that excessive force was used. Mulligan has since filed a $50-million lawsuit against the LAPD, and his lawyers charge that the police force is attempting to cover its tracks with a false police report to get the heat off their trail.
Dirty cops looking to hide behind the protection of the shield is not a new phenomenon, and in all fairness, police have a right to detain a suspect in order to keep the peace. Keeping the peace is one thing, but taking a wealthy businessman to a hotel (allegedly speaking, of course) beating him senseless, and pinning drug use on the person although there’s no evidence supporting drugs or violence is an entirely different beast.

Ask most people who live in or near inner cities about their run-ins with police: from the nation’s capital, to New York City, to Oakland and other major hubs, police brutality is a sad and staggering reality.

Being a police officer in this time where many criminals are armed and dangerous has to be a difficult balancing act. There is no doubt that an officer who has to [-chooses to-] approach a person in close quarters is under a lot of stress and fear can rule over good sense in those cases. Perhaps there is a fine line between quick thinking and impulse decisions that lead to these confrontations turning excessively violent. And there are plenty of police officers who do not abuse their [alleged] authority.

But that doesn’t explain the bloodthirsty cops who seem to relish every opportunity to pull out their hand weapons and firearms to exact their twisted version of the law. Fear doesn’t explain away how it takes four cop cars on a routine traffic stop to handle the issue. Fear shouldn’t inspire police officers to break noses, arms, and jaws of a suspect.

Police brutality is just another glaring example of cops letting Joe Citizen know that cops are in control and that any resistance to their standing in [alleged] power will be met with an iron fist.