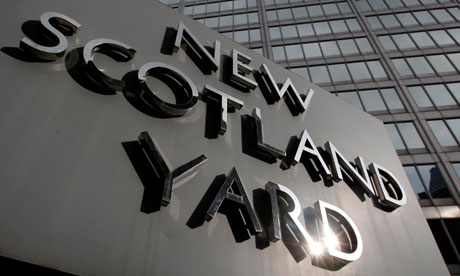 The Guardian shared the following story:

An investigator from the Metropolitan police specialist sex crimes unit has admitted failing to investigate the alleged rapes and sexual assaults of 12 women by faking police reports, failing to pass on forensic evidence and not interviewing suspects.

The activities of detective constable Ryan Coleman-Farrow – who pleaded guilty to 13 counts of misconduct in public office on Wednesday – focus attention once more on Scotland Yard’s sapphire unit, which is supposed to be the gold standard for rape investigations across the country. Coleman-Farrow’s omissions in 13 rape and sexual assault investigations over three years have left 11 men suspected of rape and sexual assault at large, and his misconduct means the cases are “incapable of full and proper investigation” and will always remain unsolved.

His case was one of four major investigations into the unit by the Independent Police Complaints Commission (IPCC) which is due to publish a report on Sapphire in the autumn.

It emerged in court that over the time he was involved in investigating rape cases Coleman-Farrow was ill and, according to the judge, the recorder of Westminster Alistair McCreath, he was not looked after properly.

However, the IPCC, which carried out an independent inquiry into Coleman-Farrow after concerns were raised in 2010 about his performance, said their investigations had not found any supervisory failings within the Met police. They will publish their full report on 11 October when Coleman-Farrow is sentenced.

Coleman-Farrow, 30, who was dismissed from the Met police in April last year, stood in the dock at Southwark crown court to answer his name, and pleaded guilty to 13 charges of misconduct in public office by wilfully engaging in conduct amounting to an abuse of public trust between January 2007 and September 2010 when he was working at the Sapphire unit in Kingston upon Thames, Surrey. The cases he failed to investigate, the court heard, involved 10 rape cases and three sexual assaults and included inquiries he carried out after Scotland Yard’s radical overhaul of Sapphire following a series of scandals involving serial rapists who were not investigated.

“The indictment alleges against him 13 offences of misconduct in relation to each of the 13 investigations carried out.

“Behind the evidence stand 12 complainants and 11 suspects in total.

“In almost all cases no proceedings resulted and certainly no conclusion adverse to anyone was ever reached.”

The court heard that Coleman-Farrow repeatedly made false entries on the police computer to report that the Crown Prosecution Service had advised no further action in cases. He also failed to view CCTV footage on a number of occasions, failed to submit forensic evidence for analysis, lied about taking a statement from a victim, falsely claimed one victim had withdrawn support for a prosecution, falsely claimed to have interviewed suspects when he had not, falsified a witness statement and failed to interview key witnesses.

Heywood said a thick line had now been drawn by the Met police under all 13 investigations as a result of the failures by the officer. He said: “There is now no prospect of these matters being progressed in any further respect.”