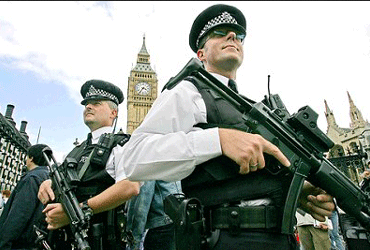 A Rough Guide to Filming the Police during a Stop & Search was posted by policemonitor1 on Netpol.org a couple of months back.

A Rough Guide to Filming the Police During a Stop & Search

First off, it’s excellent to see him/her take the initiative to create this primer. The easier it is for individuals to be exposed to this information – how to safeguard your rights and those in your area through transparency – the more-likely it is they’ll act on it and we’ll all be better off.

The write-up addressed the question “Can I legally film the police?”and included legal land dictates, which many do seek, but they fail to include as a rationale for filming the aggressive actions the concepts of self-ownership and non-aggression principle, which for me are the tools to erode the bad idea of arbitrary authority that rests on claimed double-standards.

Instead of looking to man-made legislation I say just recognize and act according to the fact that no one has extra rights.

policemonitor1 did a great job sharing tips to employ when actually on the ground, such as:

A stop & search is already a humiliating experience for the person who has been stopped, so it is worthwhile asking them if it’s OK to film and assuring them you are just filming the actions of the police.

I just had a similar conversation with a friend active with Keene Cop Block who’d been asked not to film a woman during her vehicle stop. In such a scenario, if you’re proactive when you approach (point out that you’d appreciate someone filming were you in their shoes) it’ll both set the person being harassed at ease about your presence and make them more likely to have an affinity for the ideas you advocate. Also, it’ll inform the person who may ransom or kidnap the driver that it is them, not some script on paper that is harming the person. Make it personal.

Also, the advocacy to remain cool is spot-on. Your own mindset can help dramatically change an interaction.

The write-up by policemonitor1 on Netpol.org ended by suggesting that footage captured be offered to the person who was stopped. Commenters to the article advocated instead that the footage should be made public and added that if needed, privacy-concealing softway/layers could be used to respect those filmed.

That’s what I like about this – good folks are being proactive to share ideas and others are offering feedback – everyone learning in the process.