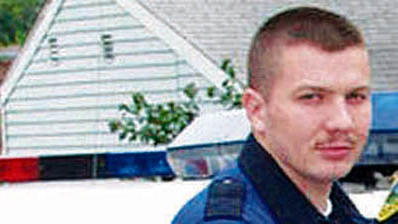 This article, originally posted at Courthouse News Service, was submitted to us by Joe.

LEXINGTON, Ky. (CN) – A Harrodsburg police chief knew what was going on but never stopped an officer from repeatedly raping an underage girl, the victim claims in federal court.

From 2007 to 2010, former Harrodsburg police officer Jason Elder engaged in “unwanted sexual conduct” with S.C. while she “was a minor child, attending middle and high school in Mercer County, Kentucky,” according to the complaint.

S.C. did not sue anonymously, but Courthouse News has redacted her name in the interest of privacy.

Nearly 20 years old today, S.C. says she could not “provide or give consent to the sexual assault and battery perpetrated upon her by defendant Elder” because of her age and minor status at the time.

Harrodsburg police chief Ernie Kelty knew about Elder’s “inappropriate and illegal conduct,” but he “failed or refused to take any action to discipline” the officer, according to the complaint.

S.C.’s father allegedly informed Kelty about the abuse to no avail, but found more success with state prosecutors.

S.C. seeks damages for constitutional rights violations, assault and battery, emotional distress, negligence, and failure to report child abuse.
She is represented by Hal Friedman and Michael Cooper of Louisville, along with S. Marie Hellard of Lawrenceburg, Ky.

Elder and Kelty are named as defendants along with Harrodsburg and the city’s police department.