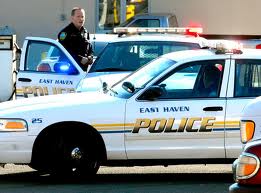 David Fein, the United States attorney for Connecticut, said. ‘This case reminds us that no one is above the law.”

I know you have all heard about some of the absurd laws that are still on the books. Those who agree with David Fein’s statement, let me ask you this: If nobody is above the law, then why is it that it is okay not to follow those laws which are no longer enforced? Many have answered that because those laws are no longer enforced, it doesn’t really matter that they are still on the books. Logically, though, from that viewpoint, you would think all laws ought to be enforced although most any reasonable person would deem them unnecessary or ridiculous – because nobody is above the law after all. So, as it turns out, everyone who doesn’t think people should be punished for looking up while they pee on Sunday is above the “law.”

Just to be clear, the actions of the police officers detailed below are repulsive, one-hundred percent wrong any way you look at them, and these violent men should certainly be held accountable for their actions. I just want to point out that while harassing and beating people is wrong – it is not the man-made legislation that makes it that way. – Kate

Sgt. John Miller, former president of the East Haven police union, pleaded guilty in Federal District Court here to violating a person’s civil rights by using unreasonable force, prosecutors said. Sergeant Miller admitted that on Jan. 3, 2010, he struck a handcuffed person who was in the custody of two other town officers, authorities said.

“The conduct of this officer, in striking a defenseless individual, is abhorrent,” David Fein, the United States attorney for Connecticut, said. “This case reminds us that no one is above the law. This police officer abused his authority and violated the civil rights of a person he is sworn to protect. Such conduct will never be tolerated.”

Sergeant Miller, 43, was one of four officers charged in January with using unreasonable force and conspiracy against rights. Authorities said that the officers assaulted people who were handcuffed; unlawfully searched Latino businesses; and harassed and intimidated people, including witnesses and other officers who tried to investigate.

Prosecutors said that the officers had targeted Latinos, though Sergeant Miller’s lawyer noted that the allegation against his client did not involve mistreating any minorities.

The charges against the other three officers are pending. They have pleaded not guilty.

The conspiracy charge against Sergeant Miller will be dismissed, and the prosecution and defense will recommend that he be spared prison time when he is sentenced, as long as he continues to comply with a cooperation agreement with the government. He is scheduled to be sentenced in February.

Sergeant Miller is on administrative leave from the Police Department. His lawyer, Donald Cretella, said, “Soon he will be able to get on with his life, but today is a very difficult time for the Miller family and a very sad day for the East Haven Police Department.”