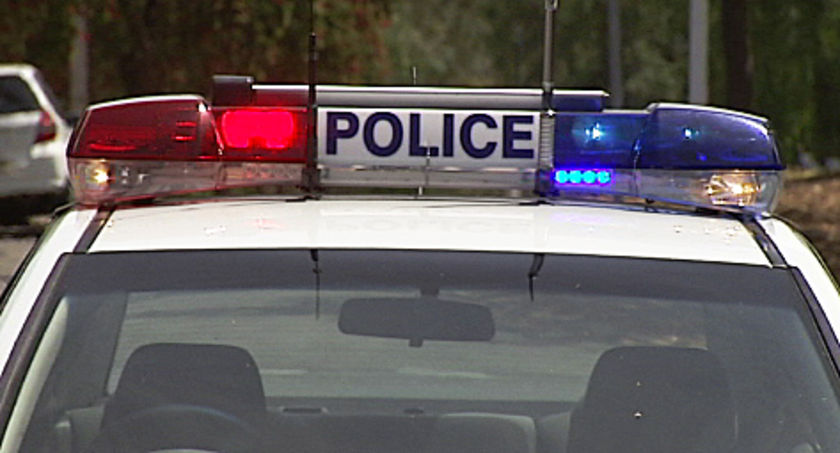 Attorney General Eric Holden is concerned about the number of law enforcement deaths that have occurred so far this year.  In fact, he is so concerned that he has announced a new Law Enforcement Safety Initiative.  This is not the first we have heard about this alleged increase in violence against police officers.  Over the last year FoxNews, CNN, MSNBC, NPR, and USA Today all ran stories on what some in law enforcement are calling the “War on Cops”.  A simple look at the data compiled by The Officers Down Memorial Page tells us that the “War on Cops” simply does not exist.  In fact, despite an uptick in officer deaths in 2010 versus 2009, police officers are less likely to be killed in the line of duty today than they were 25 years ago.

Those that insist that a police officer’s job is becoming more dangerous like to compare the data from 2010 with 2009 as proof that the violence has indeed increased.  The problem with this approach is that 2009 saw the lowest number of officer deaths since 1960.  It now appears that 2009 was not the beginning of a dramatic trend downward, but instead a statistical outlier.  If we don’t just look at a snapshot of a few years, but instead at the last 25 years, we see that officer deaths have been on a slow trend downward with a few outlier years in both directions.  Deaths specifically due to violence directed at an officer have followed the same downward trend as the total number of deaths. On the other hand,  even as total officer deaths have declined over the last 25 years, officer deaths due to automobile accidents increased between 2000 and 2010 compared to 1989 and 1999.  In the years 1999, 2003, 2006, and 2008 crashes killed more police officers than violence.  Recent studies have indicated that up to 40 percent of officers killed in automobile accidents were not wearing their seat belt at the time of the crash, yet despite this fact, we do not see news of a national initiative to increase the use of seat belts among police officers.

Despite the evidence that violence is not on a trend upward, some refuse to believe the numbers and continue to spread the “war on cops” lie.  A retired Tampa Florida police officer told CNN, that he doesn’t “get caught up in trends (because) they really don’t matter.”  He can not be bothered with numbers or reality,  because he personally noticed that “the intensity and the violence increased” during his time as a police officer.  Maybe the increase in intensity and violence that he noticed was coming from the police themselves.  I suspect that sending heavily armed men into a home in the middle of the night looking for non-violent drug offenders is both intense and violent.

Of course the “War on Cops” lie serves an important purpose for the police in the court of public opinion.  If the public believes that the police are in more danger than ever they are more likely to excuse all sorts of misbehavior, including excessive force and outright murder. Every time an officer beats an individual, the police inevitability invoke “officer safety” as the reason that we should excuse such violence.  Every time an officer shoots an unarmed individual, all they have to say is “I feared for my life” and we are suppose to pretend that what occurred was not murder.  The public is also more likely to excuse outrageous waste of resources, such as armored vehicles for every podunk town in America when they have been convinced that cops are likely to face a cop hating murderer around every corner.

The lie is also useful for those that want to discourage dissent.  A professor of police studies at John Jay College of Criminal Justice, Eugene O’Donnell, has suggested that criticism of the police on websites such as Cop Block is partly to blame for the fictitious increase in violence against the police.  Even if violence against officers was on the rise, which is more likely to be the cause, criticism of the increasingly violent actions of the police, or the increasingly violent actions of the police?

Regardless of the facts, the “War on Cops” lie will undoubtedly continue to get play in the media and the blame for this non-existent war will continue to be place on whatever particular target the purveyor of the lie has in mind.  Gun-control advocates will inevitably place the blame on easier access to guns.  The police will inevitably place the blame on under-staffing and then ask for more money.  Bureaucrats, like Attorney General Holder will inevitably ask for whatever places more power in their hands.   Holder has already hinted at his agenda with his memorandum to U.S. Attorneys asking them to look into charging repeat offenders with federal crimes.

Unfortunately, the public will bear the consequences of this lie because the lie is also dangerous.  Exaggerating the dangers of police work makes the world a much more dangerous place for us mundanes.  Charles “Rad Geek” Johnson summed it up nicely:

“[B]oss cops, spokespeople for the government police, and articles written by cops and for cops, constantly repeat the demonstrably false claims that criminals are more violent than ever before, and that government cops somehow face more danger on their patrols now than they ever have before. That this is a complete lie would be obvious to anyone who had spent 15 minutes perusing the police’s own institutions and resources for honoring their fallen comrades. The interesting question, then, is what kind of purpose the constant refrain of this unfact from government police serves — what it means when ever-more-heavily-armed government cops keep insisting on a completely mythical ever-present, ever-increasing danger to their politically-sacred persons, in spite of the evidence of the senses and the consistent trends over the last century of historical reality. When you see heavily-armed, well-protected men trying so very hard to psych themselves up to believe in a growing danger that does not actually exist — and when this constantly repeated Big Lie is used to slam pop-culture for any attempt to portray any abuse of police power; to swat down real-life complaints about police belligerence or invasions against civil liberties; to explain the alleged need for assault rifles, tanks, cordoning off strategic hamlets in inner cities, and a niche industry in warrior mindset trainings — I couldn’t much blame you if you did see some real danger in this concerted effort to inculcate and reinforce a consciously-constructed, fact-resistant permanent siege mentality among patrol cops. But not danger for the cops.”

I have said it before, if officers are fed the propaganda about how dangerous their job is, how can we expect them NOT to be taser, baton and trigger happy?  Convincing cops that they are just milliseconds away from death every encounter with the public and that they must use overwhelming force at all times if they want to go home to their family puts the rest of us in more danger, not from the violent criminals the police purport to protect us against, but from the police themselves.

Big thanks to Nick Saorsa for making the graphs.