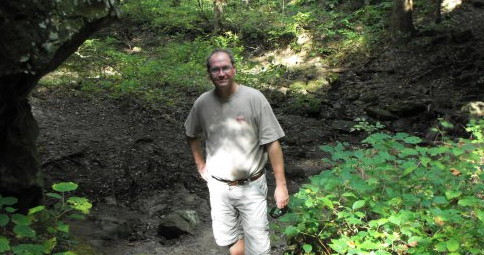 A month ago Jeffrey Weinhaus got in his car and drove to a nearby gas station in St. Clair, MO to meet a couple employees of the Missouri State Highway Patrol. He expected to get-back his computer, which had been stolen from his residence a week prior. Instead, he left the scene in a helicopter which airlifted him to Mercy Hospital in St. Louis. He’d been shot in the chest twice and once in the head by the Missouri State Highway Patrol employee(s).

Background with videos and links: http://copblock.org/jeffreyweinhaus

Fortunately, after spending time in the intensive care unit, Weinhaus is again conscience and responsive. Unfortunately, almost no information has been shared by those on the ground that’d help bring-about transparency and thus accountability. Hell, we don’t even know the names of the person(s) who shot him!

Some close to Weinhaus have questioned whether the incident that transpired was a set-up – done to quiet his independent reporting that focused mainly on the corruption of police and other people who claim the right to regulate and control others. If this is true, why not share the supporting evidence?

The recount of the incident given by the shooters (or from their friends who handle their public relations) is that on Sept. 11th, Weinhaus parked at the gas station, exited his vehicle, started walking toward the employees of the Missouri State Highway Patrol, that a “confrontation” ensued and that, fearing for their life, the two folks with badges shot him multiple times. Perhaps that’s how the incident unfolded but how are we to know?

What is known is that the lack of transparency is not ideal. A man almost lost his life. Yes, I’m not surprised that the shooters (and their colleagues) have largely remained tight-lipped. Their own spokesperson hung-up on me when I called. That’s their M.O. and it largely goes unquestioned. Few question the default use of vague phrases like “confrontation” and “officer safety” and instead allow those magic words to act as a balm in any scenario when someone with a badge acts in the wrong or is accused of acting in the wrong.

Even journalists, who may think of themselves as neutral, often without exception fail to question the claims made by those who fit the definition of an organized criminal gang (top-down hierarchy, shared colors and lingo, subsist on theft, gain compliance through the threat or use of aggression), which historically doesn’t set too good of a precedent. Most lamestream news outlets cite verbatim the non-specific synopsis given and liken certain individuals as the “officials” or “authorities”, as if they have special rights and their actions cannot be attributed to the individual actor.

Numerous times I reached-out to the folks in Jeff’s sphere to try to lessen the asymmetry of information, to help fill the void that thus far is filled only by the framing done by the shooters or their colleagues. I’ve encouraged them to do an exhaustive write-up and share via http://copblock.org/submit, to record and post their own video update, or to call me to discuss details so I could help to get-out their side of the story.

After learning of the shooting I created a video overview and post and left this message at the Central Missouri Cop Block page:

Was Jeff alone? Was he filming? If so, does anyone know where his camera is? Do we know who the shooters were? We should try to get their dashcam footage, police reports, dispatcher logs, related policies, etc.

My message was acknowledged and I was told that more information was forthcoming. Again, I didn’t get much back, only that there was a lot of heat on the ground.

I also sent private messages to individuals close to Jeff and most-recently to the Justice for Jeffrey page. I just checked that page and the most-recent update, made on Friday. Oct. 5th, echoed the lack of transparency received: The purpose of this post is two-fold – to update y’all on Jeff’s situation (again, he’s still hospitalized but it sounds like he’s on the mend) and to make the case for those wronged to be public with all related information. Bullies hope to censor their misdeeds, why assist them?

My only hope is that the truth about this incident does become known and that if Jeff wasn’t acting in the wrong, that those who almost took his life are held accountable.

If you have any information about this situation please do let me know: copblock[at]gmail[dot]com