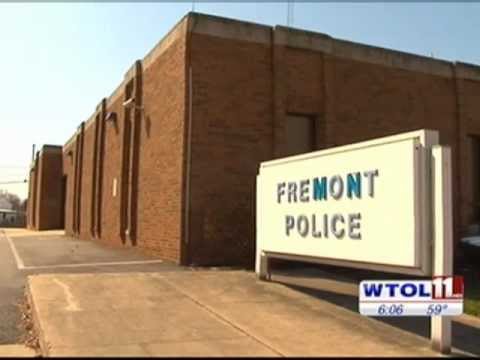 On June 9th, 2012, the Fremont Police Department came to my home in regards to a noise complaint/domestic dispute between the mother of my children and myself. It was called in by the guy next door. Upon arrival Officer Daniels spoke to the mother of my children. She was angry and was venting all of our issues. I spoke up and corrected the false information she was giving him. I used no profanities just facts.

He said, “Excuse me,” to her and ran over to me. He got in my face and said, “If you say another word, I’ll arrest you for disorderly conduct.” I said, “I haven’t broken any laws.” I started to tell him my side of the story; I got two words into my explanation when he cut me off and said, “I am going to arrest you for disorderly if you say another word.” I said to the cop, “Okay, then you are trespassing and you can get off my property.” He said, “I am not going anywhere.” I also have “no trespass” signs up. This angered him. I said to back off me. “I don’t think so buddy,” he said, “you’re under arrest.”

I had been holding my 9-month-old baby girl the entire time. I backed up and started walking away. Then, his partner shows up, Officer Williams. They pulled their tasers and followed me still holding my child. After a couple feet they said, “Give us your child.” I didn’t; I hadn’t broken the law and they were trying to conduct an illegal arrest. Then they shot me in the chest two inches from my daughter’s leg. They grabbed her and tased me three times. The cop said, “Give me your arms.” I responded with, “I can’t, I am tied up due to the pain, f@$% you.” He tased me again and asked, “You like that smart ass?” I was never read my rights and they arrested me for disorderly, resisting, and child endangerment. The supreme court ruled that I am allowed to resist an unlawful arrest and they endangered my child, not me. Every word I have put is fact taken from the officers audio recording.