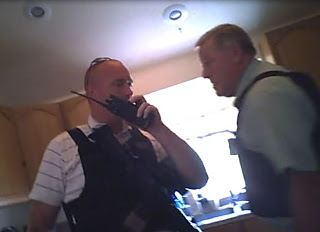 Freedom in Our Time reports:

“Bear! There are guys with guns outside!” shouted Marcella Cruz to her husband as she looked out the kitchen window of their farmhouse in Letha, Idaho.

“Don’t go back into the house,” the stranger ordered Marcella as the woman instinctively retreated into the safety of her home.

At roughly the same time, another intruder armed with an assault rifle pounded on the front door.

“Come out!” he demanded.