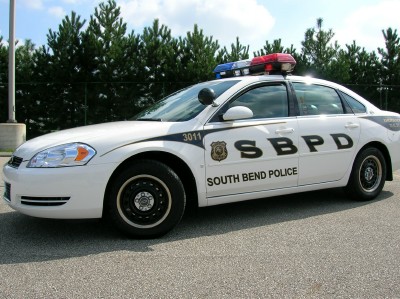 SOUTH BEND, Indiana – One South Bend couple said they cannot trust the police, after officers barged in their home in the middle of the night and tased and punched their son, for no reason at all.

“They beat him. They tased him and they hit him in the jaw,” said DeShaun Franklin’s mother Vivian Franklin.

Franklin said she did not know what to do, when police woke her up, guns in hand, in the middle of the night. She said they made her sit on the porch, pushed their way inside her home and tased her son.

“They just came straight in my house went in my bedroom and then my son’s room and started tasing him,” said Franklin.

Police put DeShaun in the back of their squad car, but when they went to talk with the teen, they realized they got the wrong guy.

“They came back in and tried to apologize, but I was shaken up anyway,” said Franklin.

According to the police report, they had a call for a domestic disturbance on Dayton Street, which turned into a foot pursuit with the suspect.

Officers caught a glimpse of the suspect on Dayton Street and lost him, but their K-9 picked up the suspects’ scent on Bowman Street.

Franklin said now her son is afraid of the police.

“If he sees them, he will not go outside,” said Franklin.

She wants the three officers who tased and beat her son to be punished.

“They need to be off the force or sued or something,” said Franklin.

Captain Phil Trent told ABC 57 he will be contacting internal affairs to find out if these three officers will face any charges.