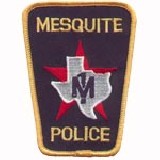 Carlos Miller at Photography is Not a Crime posted the following article on October 13, 2012.

A Texas woman who came across a Facebook photo of an undercover cop was arrested after she posted the photo on her own Facebook page.

Melissa Walthall was charged with retaliation, a felony charge that can land her in prison for ten years.

Her friend, Bobby Stedham, who found the original photo, then turned it into a flyer, which he intended to post in public identifying the officer as an undercover cop, was also arrested for retaliation.

Walthall was arrested for posting a photo she took of the poster.

But the real retaliation is coming from the Mesquite Police Department for arresting them on a baseless charge.

According to the statute, a person is guilty of retaliation when they commit an offense that “intentionally or knowingly harms or threatens to harm another by an unlawful act.”

The key word here is “unlawful.”

It will be hard to prove they acted unlawfully when they took a photo that was already posted on the cop’s Facebook page and outted him as an undercover cop.

Perhaps they can argue they are guilty of some type of copyright infringement but that is generally considered more of a civil violation instead of a criminal act.

And the victim would be the rightful owner of the photo, whomever snapped it, not the subject of the photo.

According to the Dallas Morning News:

Walthall did so, according to reports, because the officer had testified against her friend George Pickens about two months earlier in a drug case. Her post identified the officer as being undercover, and her caption said, “Anyone know this [expletive]?” according to a federal affidavit.

It was Pickens, 34, who found the investigator’s photograph on Facebook. He and his brother used the photo to print fliers that they were planning to display like “garage sale signs,” the affidavit said.

The caller said Walthall was an acquaintance and that she noticed the photo of the narcotics officer on her Facebook news feed.

A police investigator confirmed the photo was posted by Walthall and concluded that it posed a “viable threat to that officer’s safety,” the affidavit said.

The Mesquite Police Department, which patrols a suburb of Dallas, made the news on Photography is Not a Crime last month when they confiscated a man’s camera after he recorded the aftermath of a police shooting in which a man was shot 41 times.

They deleted his footage before returning the camera to him four days later.