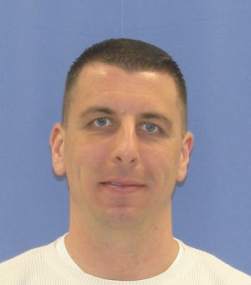 By Michael Hasch at TribLive.com.

A part-time Whitaker police officer was charged on Friday with official oppression, attempted extortion and related crimes after being accused of using his gun to break a female motorist’s window and threatening to send her to jail if she did not admit responsibility and pay for the damage.

Willliam S. Davis, 35, was charged by investigators from the Allegheny County District Attorney’s Office after an investigation surrounding events that occurred about 9 p.m. June 27, when Davis was in plainclothes and riding in an unmarked police vehicle.

“I’m really surprised,” Whitaker Councilman Jack Esken said when told of the charges. “I hadn’t heard any complaints about him from any citizens. I thought he was doing an excellent job. He’s not one to sit around.”

The woman told investigators that she crossed the Rankin Bridge and Davis pulled her over. She said she became frightened because he was wearing khaki shorts and a v-neck shirt and displayed no badge, so she drove off and called 911.

Davis — who told investigators that he was conducting an undercover narcotics detail with a badge dangling from his neck and that the woman’s BMW looked like a vehicle drug dealers use — said that when the woman finally stopped, he broke a window with his gun because she ignored his commands to get out and appeared to be reaching for something.

Davis said he opened the door, got her out and handcuffed her. He said the entire incident was witnessed by other uniformed officers. The other officers said the woman was in custody by the time they arrived.

Davis had the BMW towed and took the woman to the police station and interviewed her, but agreed to let her go if she signed a statement accepting responsibility for everything and paid for damage to his gun.

Investigators said he charged the woman with fleeing and eluding police, careless driving and other motor vehicle violations after she told him she had contacted the district attorney.

According to text messages, the woman wrote: “I have spoken with the district attorney’s office and they instructed me not to communicate with you. Please do not contact me regarding this matter.” Davis replied: “No problem. I’ll file the charges.”

“Officer Davis clearly provided (the woman) only two choices: accept total ‘responsibility’ for the incident … in which case Davis would not file any charges … or refuse to accept ‘responsibility’ and be charged. … This option … included the immediate threat of going to jail and the potential long-term negative impact on her employment.”