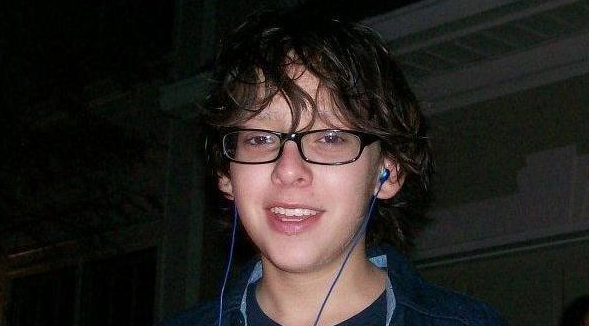 The story of Andrew Messina has been making it’s rounds via the MSM and it’s about time. Andrew is becoming a household name and the events of May 1, 2012 is reaching the ears of alot of people. I have written about this in the past (read here) and since then alot of new details have come to light. For those readers that are not familiar with what happened to Andrew, allow me to get you caught up.

On May 1st of this year 16 yr old Andrew Messina had a bad day. Like alot of teens, school played a big part. Andrew had talked with his father, Nick Messina, about his troubles. He expressed his thoughts of wanting to run away and soon the conversation turned to Andrew stating he wanted to take his own life.

“He just got sad and kind of down on himself and talked about running away. And that discussion turned to ending his life. And I wasn’t home,” Nick Messina said.

“It just happened so fast, and then he went upstairs. He has the gun in his hand, and he had bullets in the other hand,” Lisa Messina continued. Scared for her son’s well being, Lisa Messina called 911.  What happened next was not what Lisa Messina expected at all.

An army of officers, an armored vehicle, riot cops and a sniper were brought to diffuse the situation. We must ask ourselves, was all this needed? Nick Messina stated “We thought that they would (be) experts in being able to diffuse the situation. And that was not what happened. Instead of the fire being put out, they brought gasoline”. Indeed they did bring gasoline. There is no doubt in my mind that upon seeing this “army” of officers, riot cops and an armored vehicle, that Andrew did not feel safe. This, I can only imagine, terrified young Andrew.

Inside the home alone with a .357 and said to be drinking, the tension rose. Andrew spoke with his father briefly before the fatal shot.

Nick Messina: “You can’t find anything worth living for with me?”

Andrew: “I do know personally I really don’t want to live. So you should just let this happen if you really love me,”

Negotiators cut the call off at that point. Having been that teen who wants to take his own life, I see the response of “I don’t know” when asked by his father “You can’t find anything worth living for with me?” as a sign that Andrew was in fact just having a rough time and that maybe there was hope for him in this situation. Meaning he did not REALLY want to die. It may have felt like it at the time, but his response “I don’t know” told me he wasn’t sure he wanted to kill himself. Why did the negotiators cut off the dialogue between Andrew and his father even though his parents were just a few feet away. Were the officers anxious to quell the situation? Did they want to be the ones to put an end to this rather than his parents? Andrew didn’t have to die!

What happened next would turn the Messina family upside down. Andrew standing at the front door tapped one of the panes of glass which broke. This sound of glass breaking was described by officer Jason Yarbrough, the sniper, as a “pop, that sounded like a gun shot”. This is ridiculous in my opinion. There is quite a difference in the sound of a .357 and glass breaking. Yarbrough also claims that he “observed Messina through his rifle scope pointing the weapon at deputies”. This is false. Andrew had his back to the negotiation team when he was shot, or so the entrance and exit of the bullet shows.

Contrary to what Yarbrough stated about this “pop”, “Not a single officer out there, not a one, ever saw the gun come through the hole where the break was,” attorney Chuck Pekor said.

CBS Atalanta reports, “The autopsy report says Andrew was shot in the right side of his abdomen, and the bullet exited the left side. According to that description, the teen was facing the opposite direction from where negotiators were outside the home.”

The sniper, Yarbrough, admitted he didn’t even know if there was a hostage inside.

Yarbrough was not properly informed regarding the details of the situation. He did not know that Andrew was alone or if there were hostages. Information that was vital. He took the shot anyway.

Yarbrough set up across the street in a neighbor’s yard. “I couldn’t believe the gun he had,” Lisa Messina said. “I said, ‘Whoa, where is he going with that gun?'”

“A minute later we heard this horrendous cannon shot and he was dead,” Nick Messina said.

There are so many questions still surrounding the tragic events of May 1st 2012.

Why so quick to pull the trigger?

Why cut off communication to his parents?

Why was the sniper not informed of the details of the situation?

Why was Andrew treated like a criminal, when actually he was the victim?

Does it really matter that Andrew found his fathers gun? I don’t think so. How many other cases have there been where the situation was much more serious with hostages involved and the situation is remedied with not one person dead.

As a parent of teenagers, I am well versed in the daily troubles they face as I have been through them. This was a situation that should not have been rushed. As the Messina’s attorney states “There is nobody in there with him. There is nobody at risk except himself. You just give it time, just wait.” I couldn’t agree more.

Andrew Messina, did he have to die?

Is it “justice” when the man who killed him – Jason Yarbrough – has so quickly and casually been cleared of wrongdoing?

Please go to Justice For Andrew Messina on Facebook as well as Change.org to sign the petition to bring about changes in procedure to protect juveniles from deadly force at the hands of law enforcement.

And feel free to call Yarbrough to share with him your thoughts on his actions.