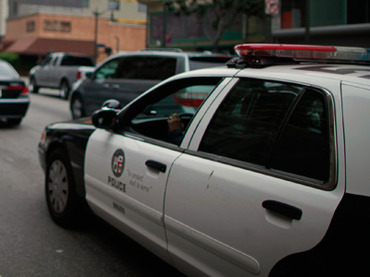 As reported by RT:

“Career day” at Tularosa New Mexico Intermediate School went terribly wrong after a 10-year-old boy says a police officer used his Taser gun to show him what cops do to people who don’t follow orders.

Officer Chris Webb of the New Mexico Department of Public Safety is being sued in court after allegedly using his Taser-brand stun gun on a school playground to send 50,000 volts of electricity into a young boy’s body, forcing the child to blackout.

According to the complaint filed on behalf of the child, “Defendant Webb asked the boy, R.D., in a group of boys, who would like to clean his patrol unit,” when the officer came to the school earlier this year. “A number of boys said that they would. R.D., joking, said that he did not want to clean the patrol unit.”

Defendant Webb, the complaint suggests, responded by pointing his Taser at R.D. and saying, ‘Let me show you what happens to people who do not listen to the police.'” The officer then allegedly fired two barbs from the device at the child’s chest, penetrating his shirt.

“Instead of calling emergency medical personnel, Officer Webb pulled out the barbs and took the boy to the school principal’s office,” the complaint continues. When he attempted to remove the weapon attached to his skin, though, the 100-pound child passed out. Since then, he has been left with scars that are described in court as resembling cigarette burns.

A representative for the child says the boy has been suffering from post-traumatic stress disorder since the incident occurred on May 4.

“The boy, R.D., has woken up in the middle of the night holding his chest, afraid he is never going to wake up again,”guardian ad litem Rachel Higgins tells the court.

“No reasonable officer confronting a situation where the need for force is at its lowest, on a playground with elementary age children, would have deployed the Taser in so reckless a manner as to cause physical and psychological injury,” Higgins adds.