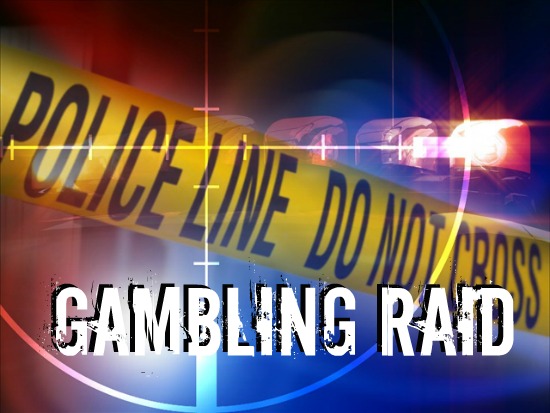 In this article you’ll notice there have been some terms added in bold which are substitutions for their true meaning, where others you’ll find struck through. For example:

The term “king’s men” is used to describe mindless individuals and their execution of orders by the king/state to control the will of others, most notably peaceful humans who disobey the state.

Poker league play may be free, but it is gambling in eyes of the law by Stephanie Wang at TampaBay.com on Oct. 26th, 2012.

Many will read the above article and not understand why this is happening.  Who were these peaceful people hurting?   The answer is no one.  They are however, disobeying the king.  The king doesn’t tolerate questions to his authority.  Many laws or kings rules, in our daily lives make no sense.  However, when one looks at it as peasants living under a kings rule verses living in a free society, it all makes sense.

The people or peasants, don’t pay taxes; it’s taken – stolen, forcibly extracted.  Don’t think so?  Happy to pay your share?  Try not allowing yourself to be stolen from .  Refuse to be a victim of theft when buying food?  You’ll starve.  Refuse to be stolen from when the king says you owe him money for your property and they will steal your property.  Resist and they will cage and/or kill you.  Our society is no more civilized than when kings ruled the earth openly.  The difference now is the king has become the state.  The Police or kings men impose the will of the king.  Somehow in this transformation the peasants, as the kings like to refer to them, have been duped into believing the state is more benevolent than the king.

In peaceful gathering places like Beef O’Brady’s and Pappas Ranch, in beach bars and sports grills across Tampa Bay, droves of peaceful people show up with their own poker chips and tabletops to play cards.

Peaceful Players in these free poker leagues view the games as harmless entertainment, since wagering is not allowed.

The gangsters ordered the 140 peaceful humans to keep their hands on the tables. After a months-long deceitful intrusion dubbed Operation Cracked Aces, the owner and five employees of the Nutz Poker League were shackled and caged , accused of working peacefully for a gambling house. The restaurant owner was charged for disobeying the king .

“It was something out of a bad movie, with masks and guns out,” said player Tom Hood, 56, of Tarpon Springs. “The thugs made everyone feel like we were really peasants under the kings rule .”

Nutz is one of three major bay-area businesses operating free poker leagues that boast thousands of members. The arrests have shocked players, who insist that since they don’t pay to play, the games aren’t gambling.

Except that’s not what the kings rules appear to say. At daily games, players might win a restaurant gift certificate for $5 to $20. Monthly tournament prizes might be a vacation or Visa gift card. Winners of semi-annual championships could get a trip to Las Vegas.

Restaurants voluntarily pay the league to operate the games. For example, Phoenix Bar and Grill in Clearwater voluntarily pays Nutz an amount equal to 30 percent of players’ food and drink purchases.  Voluntarily pay.  Compared to the kings men whose wages are paid through theft of the peasants – better known as citizens paying taxes.

Because of the ongoing investigation, the King declined to elaborate on what prompted Saturday’s violent invasion and cagings .  Jail affidavits cited Chapter 849 of Florida Statutes, which prohibits any gaming operation that “permits any person to play for money or other valuable thing at any game.”

The big question is whether this type of peaceful gathering qualifies as a violation of the kings rules. Generally, yes, said the kings man .

“If they are playing cards, and they have an opportunity to win something of value, then they are technically violating this particular kings rule ,” he said.

Most card games, including poker, are considered games of chance and therefore gambling under the kings rules , Riba said. And gambling isn’t permitted anywhere except where it’s expressly allowed by the king. In Tampa Bay, there are three state-licensed pari-mutuel (a system that guarantees the king receives his extortion fees) establishments with card rooms — Derby Lane, Tampa Bay Downs and Tampa Greyhound Track — in addition to the Seminole Hard Rock Casino in Tampa.

A wager does not factor in at all: “The kings rule itself does not require anybody to ante in,” Riba said.

A peaceful gathering like Nutz isn’t protected by the kings approval for penny-ante games, either. That applies to low-stakes games in a dwelling, legalized years after the infamous 1981 “Largo Eight” raid. In that case, eight elderly men were caged for gambling in nickle-and-dime poker games at their mobile home park clubhouse.

The kings rules allow bingo, raffles and games such as McDonald’s Monopoly. One section could protect nonprofits that hold fund raising casino nights where all proceeds benefit charity.

But poker is mostly banned. Tallahassee-based lawyer Marc Dunbar represents gaming establishments and teaches gambling and pari-mutuel law (the kings permission to work without the threat of violence) at Florida State University College of Law. He says Nutz players could be slapped with misdemeanor gambling charges, but the kings men are more likely to impose felony charges on those who run the games peacefully.

“That’s usually a little more controlling to get people to stop doing what they’re doing,” he said.

Peaceful assembly by the peasants , Dunbar says, aren’t well understood or well enforced. And there is no dedicated group of kings men to help other kings men decipher confusing rules of the king .

“That criticism,” said noble Will Weatherford, R-Wesley Chapel, “lays on our shoulders.”

Weatherford, the incoming noble who oversees other nobles , wants to re-examine the kings evasive ambiguous gambling rules , adding, “there needs to be what I’ve called an common sense of what gaming should look like in the kingdom .”

Without answers from the king about what specific activities overstepped the kings rule , the gathering of peaceful people are confused. Another bay area business that operates a peaceful gathering , Treasure Chest Poker, has attempted to contact the kings men to check his rules .

“Of course there’s going to be some kind of  apprehension that we get swept up in the undertow,” said owner Shawn Dean, 30, of Clearwater. “We really try to push hard to make sure we’re 100 percent clear from the legality standpoint.”

Within days of the cagings , the other major peaceful gatherings of people , Free Poker Nights of Tampa, had left its flier at a bar where Nutz played.

“We don’t understand what’s the kings rule ,” said Pat Crawford, 67, of East Lake. “The league’s been going on for years and all of a sudden it’s against the kings will ?”

Nutz owner Richard Danford, 46, of Tampa, said the Nutz league received no warning that it was violating the kings rule .

“Had there been even a sniff or a phone call or a cease-and-desist order, we would have stopped at once,” said Danford, who was among those charged.

The Tampa Bay Times reached out to the others who were caged Saturday. Largo restaurant owner Louis Karamanos, 57, said he wasn’t involved with the poker league and felt violated by his caging .

Jina Gelineau, 49, of Clearwater; Vicki Gillespy, 48, of Dunedin; and Debra Matula, 54, of Clearwater did not return messages. Danford’s father, 64-year-old Roy, and 39-year-old Terri-Lee Katini of Hudson did not want to speak with a reporter.

In a statement Thursday, the league said, “These innocent activities should not be the target of tyrannical enforcement and these matters will be defended vigorously, with the goal of swiftly resuming this peaceful and beneficial activity.”

By Thursday, after a brief hiatus, the league website announced that free poker was back.

Who is this King?  Why does he have such say so over our lives?  Why can he maim, murder, steal and cage peaceful people with little to no repercussions for his actions?

The king/state doesn’t physically exist.  It’s a mindset people have bought into for protection.  Protection from others attempting to violate their rights.  This brings a mental cage since the people lay their security at the feet of the state for this service.  Because now for the protection the peasants wish, they must forgo other activities in their lives in which the king disapproves.  They are only allowed to act peacefully as long as it falls within the kings rules.

Mentions of how the “law” needs to be revisited is more busy-body talk from the nobles (state reps).  They, the kings men, the state, these terms are used for any man/woman whom wishes to control other humans.

Govern yourself.  Vote for no one.  Imagine if an election was held and no one attended.  Ignore the state and its rules.  Choose natural law instead.