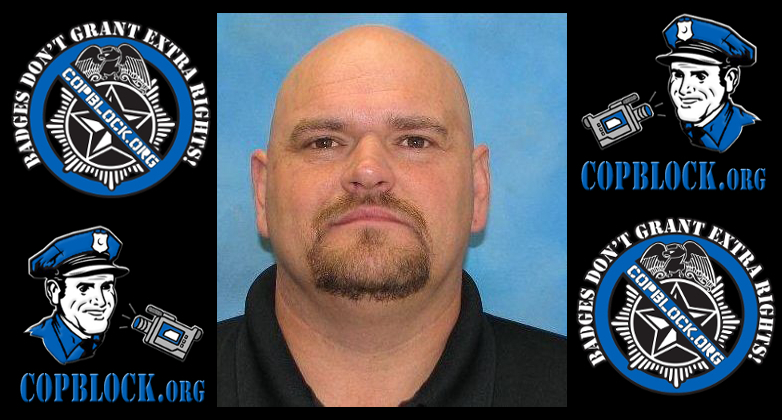 Update (Jan. 12, 2017): Officer Hailey was not fired as a result of his drunken hit and run, which he pled guilty to. He is still on the payroll of the St. Joseph Police Department and was even featured on their Facebook page as late as November of 2016.

He was given probation for that DWI charge (but apparently not even charged for the hit and run), and the SJPD has kept any departmental punishment he may have (but probably not really) received as a result of a “brief investigation” by the department’s Professional Standards officials private as a “personnel matter,” which is protected by law.

“SJPD Officer Shannon Hailey was arrested [yesterday] morning after admitting he was driving under the influence of prescription sleep medication. This is dangerous stuff! All of this after only a little over a year ago when a female officer was charged for DWI after another hit-and-run accident.

The accident occurred on a Monday morning in an area where children typically walk to school. When will these officers learn that they are not above the law and the same laws they enforce apply to them? Hailey’s sister is about a 7-8 year veteran of the department.”

The caller advised police Hailey hit a tree near Ashland Ave. and Gene Field Road before driving off.

According to a news release, officers met up with Hailey, who was off-duty at the time, in the 4300 block of Miller Road.

Hailey appeared to be confused and disoriented, stating he had taken a prescription medication. His blood alcohol level was .000% at the time.

Hailey was arrested for driving under the influence of an intoxicant: prescription sleep medication.

He was charged under municipal violations of DWI, Careless Driving, and leaving the scene of an accident. He has also been placed on administrative assignment pending review of the incident.

Hailey has been with the agency for 20 months.