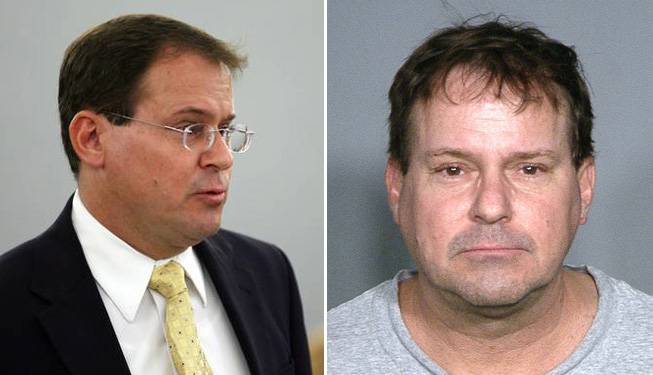 Prosecutors have repeatedly made the news recently, embarrassing themselves along with their police buddies —

Las Vegas Deputy District Attorney David Schubert resigned on April 1, 2011 after he  was arrested on suspicion of buying cocaine. He was pulled over in Las Vegas with cocaine in the car, a semi-automatic 9mm pistol, four ammunition magazines, and two boxes of bullets (more here). Ironically, he was the same prosecutor who had recently prosecuted Bruno Mars and Paris Hilton when they were arrested for cocaine possession.

Though it’s no surprise, it appears some prosecutors, like police, harbor beliefs of self-importance and special privilege, and will attempt to get away with whatever they can, while participating in a system that regularly incarcerates and abuses ordinary people for doing the very same things.

Even if they don’t seek to get away with crimes they regularly punish others for, there is still a severe lack of critical thinking on the part of many prosecutors. I know of a prosecutor who reportedly did all kinds of drugs and drank frequently in her earlier days, but allegedly cleaned up her act after becoming a prosecutor. So, how exactly does that work? Does she believe she used to be a terrible person and should have been imprisoned, like she now does to others? And if she escaped deserving punishment and is permitted to roam freely in society, how can she be in the position to judge others and incarcerate them for behaving in the exact same manner she once did? If she truly believed in the merits of her work, she should send herself to jail to serve the interests of justice.

From personal experience, I have observed that the cognitive dissonance of some prosecutors is puzzling, in retrospect (I say retrospect because I have at points in my life been guilty of something similar).  I have met people who firmly believed in marijuana decriminalization, yet thoroughly enjoyed employment as a prosecutor in the narcotics department. I have met a man who said he was staunchly against the death penalty, but argued aggressively for imposition of the death penalty in a case because he believed it was his job to enforce the law, not make it.

The argument is that for government to function appropriately, there must be rigid adherence to separation of powers — enforcers cannot and should not “take the law into their own hands” based on some subjective idea of morality. I understand this reasoning well. One time, I showed up to an  interview for a DA internship. The interview and initial questioning was normal for a few minutes. Then, to my surprise, the DA interviewer pulled a copy of the most recent edition of my school newspaper from his file and set it before me. This particular edition had a picture of a marijuana leaf on the cover, featuring an article entitled “Legalize It!“ written by me. He said that while he agreed with the arguments I had set forth in the article, he wanted to know how I would fare if I was assigned to the narcotics division as a DA intern.

Having been trained to think on my feet, I gave him the answer I knew he wanted to hear — separation of powers, enforcement versus legislation, how it’s not the job of the enforcer to impose their own morality on the law, etc. However, the more I thought about the reasoning, the less it made sense. It required a whole lot of mental gymnastics to justify participating in drug enforcement and actively working to incarcerate non-violent individuals for some alleged greater good of preserving “order” and the integrity of the legal system.

In another case earlier this year (In Re: Price), prosecutor Ronald Bass, a California Attorney General (AG) went to a cafe where a juror worked as a cook. He stated he was not allowed to have any contact with the juror. After he was done eating, he left a tip (of a normal amount). The court’s opinion reveals that as he was doing this, “Bass told the bartender, McConkey, in a joking tone of voice, to ‘give this’ or ‘split this’ with Z.S. and ‘tell her to vote guilty.'” Bass, Johnson, and bartender McConkey apparently all laughed at this remark, and “McConkey understood it as a joke.” The Supreme Court of California examined whether “the prosecutor in this case improperly tampered with a sitting juror by sending her alcoholic drinks and money, and telling her to return a guilty verdict,” and decided the answer was no. The defendant was sentenced to death (read quick summary here).

In an even more disturbing case, the Supreme Court vacated a $15 million dollar jury award for John Thompson, a man who spent 14 years on death row due to prosecutorial misconduct. Prosecutors mishandled exculpatory evidence, and even said to Thompson, “I’m going to fry you. You will die in the electric chair.” The jury learned that under District Attorney Harry Connick Sr.’s watch, prosecutors repeatedly engaged in misconduct and hid exculpatory evidence. As a result, Mr. Thompson was imprisoned for a crime he did not commit. The Supreme Court declared that prosecutors could not be liable to Thompson, strangely reasoning there was insufficient evidence of deficient training, although it would seem that withholding exculpatory evidence on its face is proof of deficient training. At any rate, the prosecutors were not held liable for their egregious actions.

Also in recent news, California prosecutors were found to have committed 130 instances of misconduct last year. Some of the instances of misconduct were so egregious they resulted in the reversals of 18 convictions (more here). The study attributed such abuses to lack of appropriate oversight, which probably will never be addressed by the legal system, since the Supreme Court is not willing to hold prosecutors accountable for their actions even when they hide evidence.

This examples ware deplorable, but serve to explain some common attitudes of prosecutors. Preservation of the legal system is key. It’s about procedure. It’s a game or competition they have to win. It’s prestige. It’s jokes. But it is certainly not about morality or ethics.