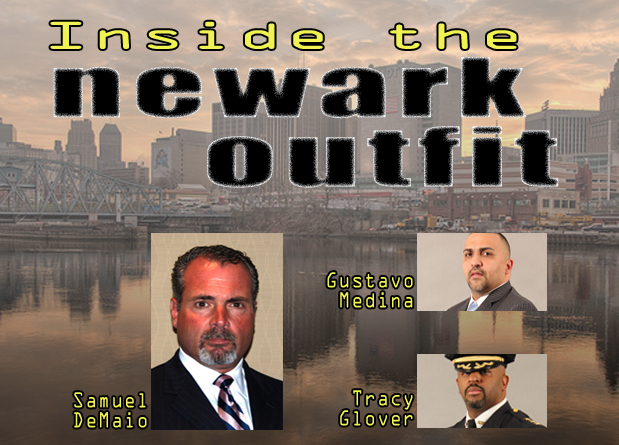 They have their own codes, symbols, and colors.

Its roots in the area run deep. Samuel DeMaio, the current head, is the groups 16th.

When spied on the street, their very presence causes many to become fearful or apprehensive.

Yet DeMaio and his chief aids – Gustavo Medina and Tracy Glover – are seeing their grip slip as those they’ve for so long subjugated are starting to resist.

In a move many think taken to stave-off a pending collapse of the organization, DeMaio told his hired-men to not be so aggressive toward witnesses of their shake-downs. To be a nicer gang.

If you are uncomfortable with being filmed, that is OK! But it does not give you the right to place that person under arrest or order them to stop filming.

Upon learning of this statement, one analyst, Byran Horton, remarked:

DeMaio realizes the fragility of his institution that is based on a bad idea – the “right” to control another person – and he’s acting to save face. Many, who, up until recently, had been deceived by decades of propaganda, are seeing the chains that shackle them, and are working together to free themselves.

Yet, even with the latest announcement, DeMaio reiterated a claimed “right” to initiate violence against anyone who disrupts “legitimate” operations.

DeMaio and crew claim that once initiated, each member has a “legitimate” right to use force – to steal money from you as part of their protection racket. That’s clearly an antiquated idea. Fortunately, many are concluding that all humans have the same rights and are acting accordingly by supporting good people and calling-out those in the wrong.

Conditioning and entrenched institutions may mean that that the presence of the Newark-based parasitic monopoly lingers on. But as each resident recognizes that DeMaio and his colleagues have no extra rights, their grip will lessen and the evolution toward a safer, freer society will grow.