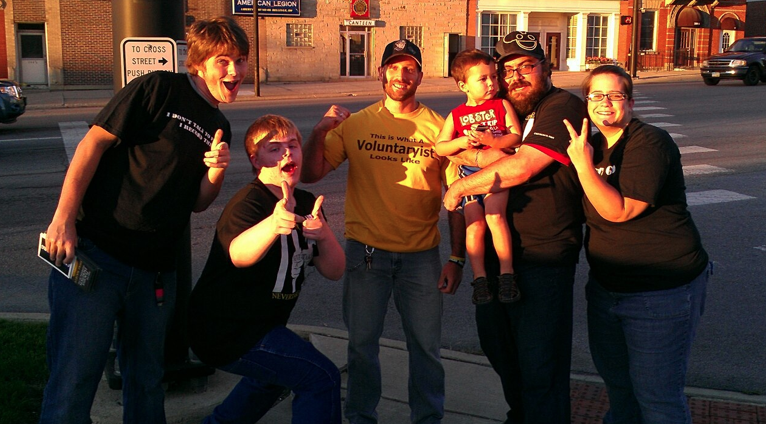 The write-up below by Eric Freerock was originally posted to ohiocopblock.org on Nov. 21st, 2012.

An admin at Ohio Cop Block, Jacob Frost, has been sentenced to a “community-based corrections facility” after pleading no contest to a charge of “attempted possession” for having been shipped the banned substance methylone.  Methylone, a new designer amphetamine originally patented in 1996 as an antidepressant, was banned only back in October 2011 by the DEA, in an emergency ban.

Under threat of a federal indictment Frost agreed to plea no contest to the charges, in hopes of avoiding a federal case and receiving at most a fine and probation. Instead, he was sentenced to 4-6 months in the “community-based corrections facility” or 2-3 years in prison. As of now, Frost is being held in Huron County jail awaiting acceptance/transfer into the CBCF program, we’re still waiting to find out exactly how much time and where he’ll be serving his sentence.

Ohio Cop Block has set up a fund to send money to Jacob’s commissary account if you’d like to send him a few bucks you can send donations to pink.caffeine@gmail.com through PayPal. No one has been able to talk to him yet so we have yet to find out what items he may be in need of while he’s caged by the state.

More information will be provided as we get it, the involvement of Homeland Security against a cop block activist is rather interesting.

Eric Freerock is a New Hampshire native transplanted in Ohio and runs the liberty oriented blog Free Rock Press. After the plight of Cop Block founder Ademo Freeman in his home state, sitting on the sidelines was no longer an option. Eric will be having a more active role in the pursuit of personal liberty and freedom as well as the accountability of our public servants. This will include moving back to NH to be part of the Free State Project.

Connect with Ohio Cop Block if you’re in the area or if you support their efforts: