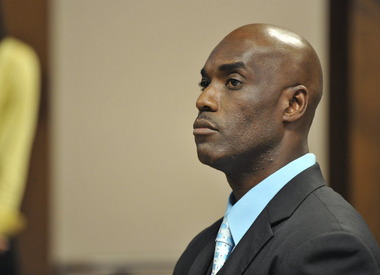 The following originates from an article posted on November 15, 2012 on AL.com.

Huntsville, Alabama – For the second time this year, the City Council agreed to use funds stolen from ‘taxpayers’ to pay off a victim of excessive force by a Huntsville police officer named Brett Russell.

November 15th, the council voted unanimously to pay $22,500 to a man who was beaten by a Huntsville police officer after being taken into custody last year.

The payment ends a legal claim against the city made by Gary Wayne Hopkins stemming from the December 2011 incident.

In February, the council gave $25,000 to Edith Stewart to settle a claim filed by Stewart and her husband because of rough treatment when she was pulled from her vehicle and slammed to the ground during a traffic stop in another December 2011 incident.

With council members Will Culver and Richard Showers absent, the council voted 3-0 to make the payment to Hopkins. There was no discussion.

Hopkins was handcuffed in the rear of a Huntsville police cruiser when he kicked out the rear window. According to a video of the incident, officers told Hopkins they were going to place him in leg shackles. The video then showed Hopkins being yanked from the vehicle and an officer kicking and beating him.

The officer involved in the beating, Brett Russell, subsequently lost his job before the council on appeal overruled the decision to fire him by Police Chief Lewis Morris. The council required Russell to serve a 30-day suspension without pay as a condition for his return.

Russell also had to complete and anger management program and receive remedial training in use of force, pressure point control and verbal judo.

Morris told The Times on Wednesday that Russell is on track to return to regular patrol in a few days.