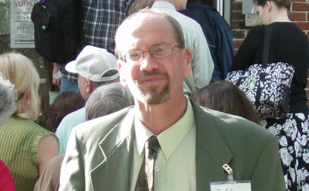 Last week Jeff Weinhaus, who recovered from being shot three times by individuals employed at the Missouri State Patrol, had a hearing scheduled that he hoped would reduce the ransom on his head for his freedom-of-movement. Weinhaus never had that day in court. And his ransom was not only not reduced, it was increased by 500%, to the (cash-only) amount of 250,000FRNs.

That change was due to conclusions reached the day prior by a  “grand jury” who “indicted” Weinhaus of eight actions deemed “illicit,” including “attempted assault on a law enforcement officer.”

As has been my contention since first learning of Weinahus (he was involved to some extent with Central Missouri Cop Block, though I didn’t know him) – this situation reeks of a lack of accountability.

The italic text below comes from the post, Grand Jury Indicts Weinhaus, by Ed Pruneau, which was posted on Nov. 30th, 2012 to emissourian.com.

[The text in brackets following each block of text are my thoughts, similar to what Grey did in the post, Kings Men Raid Free Poker Room.]

A Franklin County grand jury has issued an indictment against Jeffrey Weinhaus, the suspect who was wounded in an armed confrontation with Missouri State Highway Patrol investigators in September.

[The claimed “armed confrontation” is given as fact when it hasn’t been proven. If that is true, and there’s nothing to hide, why haven’t the names of the two shooters been released? And why has only a vague general overview of the incident – the standard ‘officers feared for their life’ schtick – been given?]

The indictment was handed up Tuesday, one day before a hearing was scheduled in Associate Circuit Judge Stan Williams’ court to consider a new request to reduce the man’s bond.

[Legal land (aka “court”) is not objective. Its actors are driven not by a goal of obtaining justice but of their own self-interests (it’s a monopoly rife with perverse incentives). In this situation, Weinhaus’ call to reduce the ransom was trumped by convenient legal land maneuvering.]

The grand jury indictment automatically transferred the case from associate circuit court to circuit court where Weinhaus will be arraigned. His next court appearance is scheduled for Tuesday, Dec. 4.

[If anyone is on the ground in the area and can attend in-person to support Weinhaus that’d be awesome: Franklin County Judicial Center, 401 East Main Street, Union, MO 63084. If you do make it there, please share a write-up or video of what happened via http://copblock.org/submit.]

A previous motion for a bond reduction was denied by Associate Circuit Judge Dave Hoven.

Weinhaus, 45, had been held in the county jail on a $50,000 cash-only bond since he was arrested Nov. 1 when he appeared in Hoven’s court for the bond hearing.

Previously, Weinhaus had been in the hospital and at his brother’s home in Jefferson County recovering from gunshot wounds he sustained in the September 11th encounter with the two troopers.

At that time, the troopers were attempting to serve an arrest warrant charging Weinhaus with possession of a controlled substance (morphine) and tampering with a judicial officer, both felonies, and misdemeanor marijuana possession charge.

[This is the first I’ve heard of a morphine-related threat. But just like the green, even if it is true, where’s the victim? If there is none, there is no crime.]

The grand jury indictment includes those original charges plus five additional felony counts, including two counts each of attempted assault on a law enforcement officer and armed criminal action and one count of resisting arrest.

The investigators allege that they shot Weinhaus when he refused to comply with them and began drawing a handgun.

[Why would a media outlet cite only one-party in a two-party interaction? If space is given to share the perspective of one party it seems unbalanced to not then share the perspective of the other party – unless of course the local media is purposefully or unthinkingly in cahoots with the claimed “authorities.” Oh wait, a line of script from Weinhaus’ perspective is given, but not until near the end of the write-up.]

Investigators with the highway patrol’s Division of Drug and Crime Control went to serve a search warrant August 22nd for the seizure of computers belonging to Weinhaus, based on alleged threats directed at law enforcement and judicial officials in Crawford County. Weinhaus broadcast those video blogs from his home off Highway K, south of St. Clair.

When Weinhaus opened the door, the troopers smelled marijuana smoke coming from the house. After Weinhaus refused to let them search the home they obtained another search warrant and inside they seized a misdemeanor amount of marijuana and some pills, later identified as containing morphine.

[Again, who did Weinhaus harm? I think the bigger threat to the community are those strangers who have the audacity to claim the “legitimate” right to break into Weinhaus’ home, after getting approval from a friend, and stealing his property because he created and shared content they didn’t like. Sounds a bit like Soviet Russia.]

Weinhaus, who has described himself as a born-again Christian and both a political activist and a political prisoner, has been provoking politicians, judges and law enforcement officials in several eastern Missouri counties for years.

Authorities allege that Weinhaus made multiple threats against Crawford County officials in recent months. That’s what led to the seizure of his computers and the Franklin County warrant.

[Granted, I don’t claim to have viewed all the videos on Weinhaus’ YouTube channel, but this statement – that Weinhaus made “multiple threats” is an allegation. What is true is that “Crawford County officials” subsist on an explicit threat – obey or else. I think we’re seeing that happen here.]

In a video post September 9th, he threatened to “occupy the courthouse” on September 14th or September 17th, but did not specify which courthouse.

Weinhaus has denied that he made any direct threats against anyone and claims that when he got out of his car September 11th he did not attempt to draw his gun but raised his hands over his head and was shot by the troopers.

The shooting occurred at the MFA gas station on Highway K, south of St. Clair.

[If anyone was in the area and witnessed, or even better, recorded the exchange, please speak out. It seems a lot of folks in Weinhaus’ sphere are scared.]

Weinhaus has been a defendant in a number of civil and criminal legal cases arising out of Jefferson, Franklin and a number of other Missouri counties.

Weinhaus wrote about many of these incidents and other alleged corruption in small newspapers he published, including The Provocateur and The Bulletin which later evolved into his website, bulletinman.com.