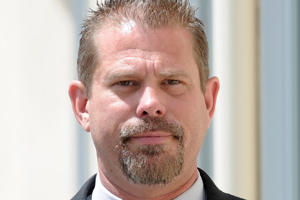 The following was shared at MercuryNews.com on December 3, 2012.

OAKLAND — The disgraced former head of a Contra Costa County vice squad intends to appear in federal court Wednesday and admit that he stole methamphetamine and marijuana from evidence lockers as part of a moneymaking scheme.

Norman Wielsch, 51, of Antioch, will change his plea to guilty in exchange for a break in his prison sentence, according to documents filed in U.S. District Court in Oakland on Monday.

Wielsch was commander of the Contra Costa Narcotics Enforcement Team (CNET) when, in February 2011, he and former Concord private investigator Christopher Butler were caught on tape making a drug deal and arrested by undercover Department of Justice agents.

CNET was suspended indefinitely, and the subsequent police-corruption probe led to the arrests and prosecutions of two other Contra Costa County law enforcement officers.

Wielsch is charged with conspiring to sell methamphetamine and marijuana, robbing prostitutes and making false arrests. The charges in his 11-count felony indictment call for a maximum sentence of life in prison.

The sentence Wielsch receives after changing his plea Wednesday will be at a judge’s discretion.

The sentencing guideline calls for 14 to 17.5 years. Wielsch’s attorney Michael Cardoza said his client will plead to five counts, including one count of conspiracy to distribute marijuana and methamphetamine, one count of theft from programs receiving government funds, two counts of conspiracy against civil rights, and a single count of robbery.

As part of the plea deal, Cardoza cannot argue for anything less than 10 years.

“After going over all the evidence, after negotiating with the federal government…Mr. Wielsch decided it’s in his own best interest and his family’s best interests to enter a guilty plea and let a judge decide what his fate will be.”

Butler, 51, of Concord took a plea deal in September and was sentenced to eight years. Louis Lombardi, 40, a former CNET agent and San Ramon officer, pleaded guilty to stealing drugs and cash and was sentenced in January to three years in prison.

Former Danville officer Stephen Tanabe, 48, is awaiting trial on charges that he conspired with Butler to set up men for drunken-driving arrests on behalf of clients of Butler’s private-investigation firm.

Cardoza said the charges to which Wielsch is pleading guilty reflect the crimes he has admitted to since his arrest.

“Mr. Wielsch admitted his culpability on that day. He was one of the only people arrested who admitted right from the beginning his involvement.

“He knows he’s going to be sentenced to federal prison. The question is now, for how long.”