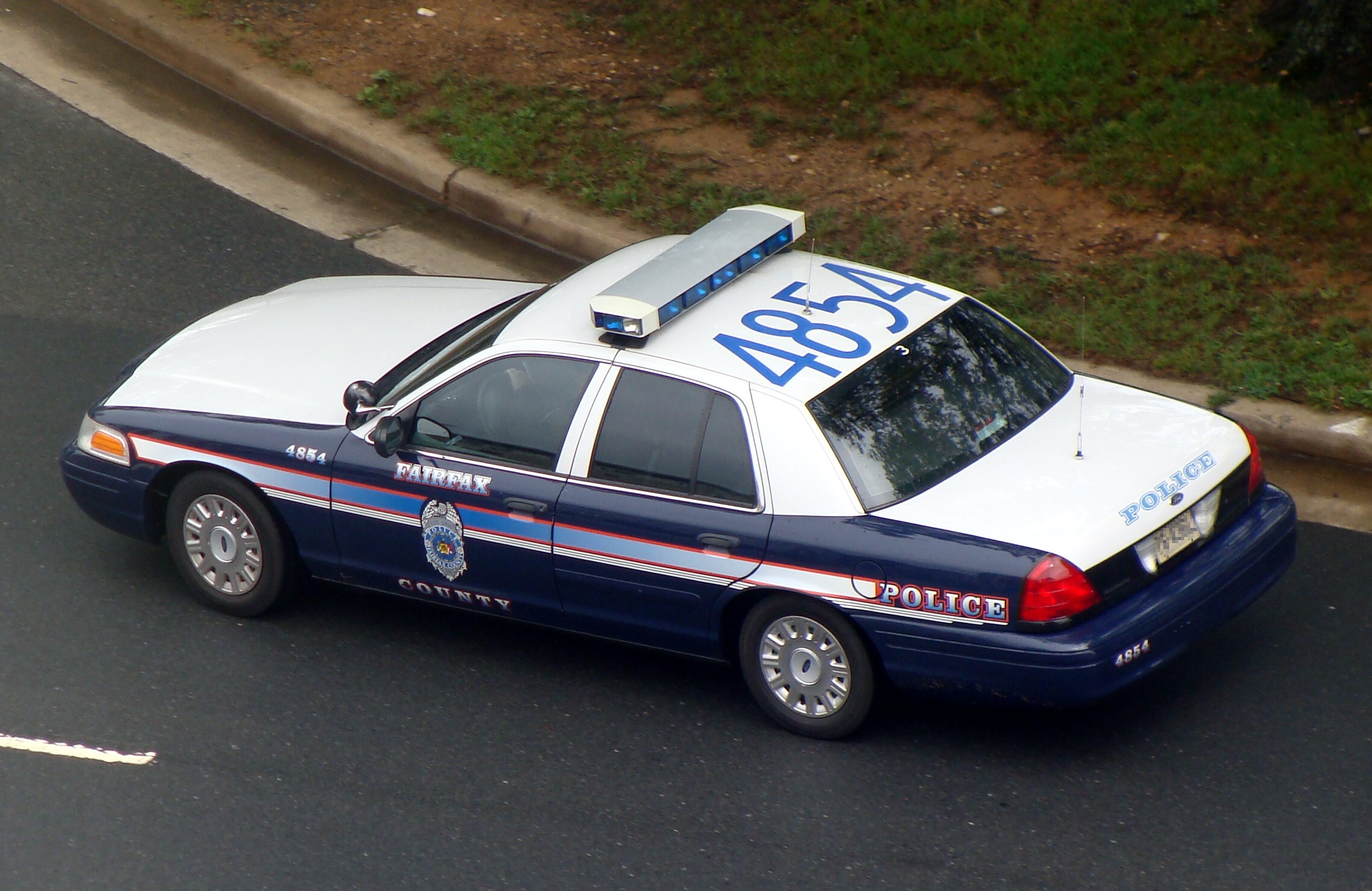 The following article was submitted via Cop Block’s submit tab by DB.

I am writing this to quell my nerves and expel, to the extent that I can, from my mind the distress I have endured thanks to an armed man in tactical gear. I recently had a run-in with a Fairfax County K-9 unit, whom I failed to get the name of during our encounter. It was 11:30 PM and I was driving down a main thoroughfare, heading home after a night of studying for finals and binge drinking coffee (I had consumed about 6 cups and a shot of espresso in the past 8 hours). I saw a bunch of flashing blue lights ahead and decided that I better turn around and get some gas and hope the revenue fest was over before I finished and headed home. I did this of course not because I had previously consumed alcohol or drugs, but because I did need gas and my inspection sticker was several months past due. I saw a break in the median and went for it, the last turn-around before what I suspected was a DUI checkpoint. Then, I noticed the headlights of an SUV turn on in the church parking lot across from where I am turning. “Shit!” I thought, because I knew it was a cop, waiting for anyone trying to “avoid” whatever fate awaits them ahead. I turned, and as I did I saw him flip on his lights and follow; I had no choice but to pull over at that point so that is what I did.

The officer walked up to the car and I cracked the window as he approached and demanded my license and registration, which I obliged to give him. Then he asked, “How much have you had to drink tonight?” I responded, “Just coffee!” He said that my pupils were dilated and that, “Coffee doesn’t do that,” to which I did not respond. In fact, coffee in large doses (of which I had had) can have that effect; it is a stimulant that activates the central nervous system causing the production of adrenaline, which in turn causes pupil dilation. He went to call in my license and run my plates; when he returned he asked that I step out of the vehicle. I asked, “For what reason?” He responded, “Because the law states that I have the authority to do so.” It does in fact; I didn’t ask for the statute but exited the vehicle making sure to roll up the window, turn it off, lock the doors and pocket the keys.

Once I was out he asked if I had any weapons or firearms on me or in the vehicle. I believe he asked because when he ran my license he noticed that I have a concealed carry permit. I told him that I didn’t and he told me he asked “…because I have a concealed permit,” (which I discerned and so nod). He then asked again if I have, “…any weapons, or knives…” At this my memory was jarred about my pocket-knife (which I think of as a tool, not a weapon) and I lifted my shirt to show him so he could take it (as is, regretfully, protocol). He began questioning me again about how much I’d had to drink, repeating the mantra that caffeine does not cause dilated pupils and telling me that, “If [I’d] only had one or two beers, tell [him], and we can work something out.” He then inquired about drugs I have done to which I again responded with the truth that I have and do not take any drugs, prescription or otherwise. He responded by telling me to stop lying to him and if I only had a small amount he didn’t really care (as if I am supposed to trust someone who, obviously, does not trust me). He repeated this mantra, ad nauseum, that I could tell him if I’d had a little to drink or had even a small quantity of drugs, and that he didn’t really care about it if I had a small amount, then mentions the traffic violations he could charge me with if he’d wanted to for turning around where I did. I repeated the truth and he called me a liar again. Then I was told it was my last chance to tell him, just before the drug dog arrived. I repeated the truth, but mentioned I had some sudo-ephedrine which I used to fight a bad cold during flu season to determine [mainly] if that would cue the dog since it is an ingredient sometimes used in methamphetamines. I was swiftly assured, “Not unless you’re cooking meth with it!”

The dog arrived and was run around my car three times until it decided to stand and put its paws on my window – this is supposedly an indication that it has detected drugs (which did not exist, I might add). This is considered probable cause, so the first officer requested my keys and I turned them over, again because the law requires that I give them up at this point or he could take them or open the vehicle by force. They disordered the contents of my car and during the search I commented to the officer watching over me, as I sat (as previously ordered) on the cold damp ground shivering, about what the officer in my truck was finding because I could discern what I had that may have been considered suspicious. As he moved to the driver side I commented that he’d find a plastic grocery bag with a box of condoms under the front seat, probably expired! I kid, “I doubt he’ll find that.” He chuckled. Sure enough I looked over to see the searching officer crouched on the ground pulling something from under my seat. “Told you!” I said. As I already knew, they found nothing in their search and asked to look in the back of my truck, which I had to request my knife back from them to open since the bed is covered with a tonneau and the tailgate handle is broken. I found a bit of humor in the fact that I had control over that aspect as I opened it, knife in hand. They found what I’d suspected too: an old street bicycle I had purchased from a friend a few weeks earlier and not one drop of alcohol or spec of drugs. Go figure!

The officer at this point walked around to the front of my truck, noticed the leaves under my windshield wipers, covering up the month designation of my out of date inspection sticker, and ripped them off. I heard him say, “Shit,” then to me, “Is this why you were avoiding the checkpoint, because of your out of date inspection sticker?!” I conceded as it was not a moving violation, but almost thought I would’ve made it through the ordeal without that being discovered. Acting as if he was being a nice guy (and I think he felt a bit bad then) he told me that he is going to let me go and only issue a warning for the inspection sticker and the other “violations.” He then asked if I knew that if I parked anywhere on campus or on a public road that I risked getting a ticket for the inspection sticker. I said, “I do, thus the reason for the leaf!” He chuckled at that and said, “Alright, you can leave.”

It should be noted that I was nervous the entire time, after being asked to step out of the car, even shaking due to a combination of the cold-damp ground I was forced to sit on, nerves, and excessive amounts of a stimulant known on the streets as “caffeine” stimulating my central nervous system. The officer at some point claimed that was a “sign” that I was doing something wrong. Funny thing is, I assumed a man with a gun that could kill me, plant drugs on me or in my vehicle, subsequently claim a legal motive and get off scott-free while being paid during the trial and defended by the state, would be enough to make anyone nervous, especially after being disarmed. In the end, by avoiding the revenue checkpoint, I undoubtedly avoided a ticket for my out of date inspection, even though I lost an hour of my life and now have to sort through all chaotic mess that is now the cab of my truck. I handled the situation well I think and did not incriminate myself in any way. (I mean, how could I have?! I had violated none of their prohibition laws.) But I will leave the decision as to how I, or the officer, handled the situation up to the reader.