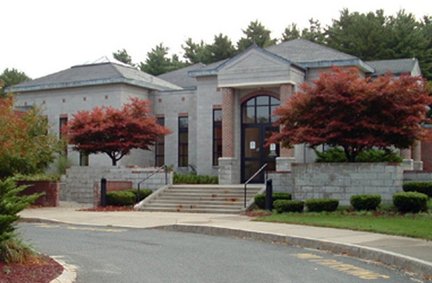 Around 7:15 AM, eight individuals including myself left the Keene Activist Center in Keene, NH in order to make it to Palmer, MA District Court for a 9:00 AM pre-trial hearing for Ian Freeman of Free Talk Live. Four people in the Palmer area also made it to the hearing. Ian was arrested for filming inside of Palmer City Hall during an allegedly public tax sale on October 25, 2012. It was claimed that he was being “disorderly” by filming in the public space.

Upon entering the courthouse, the man operating the security theater (badge #245) asked what Cecelia (of Ladies in Keene) and I were there for, to which I responded, “A hearing.” After further questioning, I noted that it was a pre-trial hearing. Cecelia was told cell phones were not allowed in the courthouse, so she went to return it to the vehicle. Having emptied my pockets before entering the building, I walked through the metal detector and stepped off to the side to wait for my friends. Cecelia and Jay (who runs www.mail-to-jail.com) came through security, but Ian was questioned about why he had a tripod – as that was an indication that he had a camera. Ian shared the notice to record he had filed and convinced the man (badge #245) to hold his equipment at the desk until after the notice was reviewed by the judge; he was let through, without his recording equipment.

Around this time, court personnel noticed a couple of people in the entryway to the building were holding cameras. At the sight of video cameras, the demeanor of the public employees present immediately became aggressive, and additional court officers and police officers were called to the lobby. Unwilling to have a conversation about the fact that they are public officials in a public space or the Glik decision, a couple of court officers demanded that those with cameras leave the entryway and approached them aggressively in an attempt to force them backwards, out the door. It was pointed out that there was a camera across the room, on the ceiling, that was documenting what was taking place – the double-standard did not seem strange to the court personnel. A man by the name of Saccomani assaulted Shire TV‘s James Cleaveland by grabbing at his camera. James was told that if he stepped through the threshold with his camera again, his camera would be stolen. When two court officers hurriedly exited the building in his direction, I followed to observe. The officers, making threats the entire way, made James move towards the parking lot. Though moments before they had claimed he could not exercise his right to film inside the building, the officers now claimed that he must move off of the property entirely.

After that interaction, I passed through the security line again. A woman, (badge #202) blocked the metal detector and asked me if I was part of the group. I noted that while I was friends with some of the individuals present, I was an individual rather than part of a group. The woman told me “not to start” and her and court officer Saccomani commented to each other that yes, I was in fact part of a group. I asked the woman to try not to collectivize people so much.

Saccomani positioned himself so that he blocked the path of those in the security line – CopBlock.org‘s Pete Eyre and all those behind him. While Pete tried to have a conversation with him, he stood unwilling to converse but willing to hold up everyone trying to pass through the security theater. At one point he stepped on the foot of another friend, Robbie, then instead of apologizing made a comment about how he should not have been in the way. Robbie was ordered to leave the courthouse with his beverage.

During the approximately ten minutes that Saccomani rudely stood in Pete’s path – Prevost closing the door on him at one point – Cecelia tried to have a conversation with the woman (badge #202) who was spouting orders to move from one location that does not obstruct traffic to another. These unnecessary orders were a common occurrence throughout the length of this ordeal, though the unnecessary orders came from a handful of different court officers. Cecelia noted that she was not in fact standing in a place that would inconvenience anybody, but when Cecelia asked her to consider her actions she responded in an extremely childish manner – by sticking her hands in her ears, the way a small child would while exclaiming, “I can’t hear you!”

Cecelia continued to share her thoughts and the woman called a court officer named Prevost to make threats. I was a little startled when Prevost, a tall man, began walking towards me in an extremely aggressive manner and threatening me with arrest for “disorderly conduct.” The woman pointed towards Cecelia and said, “Her!” The threats directed at me momentarily became directed at Cecelia, who asked why she would be charged with disorderly conduct for speaking. Just following orders is not a good thing – this man was willing to use force against an individual without having any idea what it was they had supposedly done wrong – or which individual had committed the action inaccurately portrayed to be in violation of man-made legislation. The scene resembled that of an attack dog being released and set on a victim, the owner realizing the dog was not attacking their intended target and calling the dog back to direct them to the intended victim. Among the first appearance-related observations I made about court officer Prevost was that he had very noticeable bags under his eyes, as if he has a lot of trouble sleeping at night. If I acted in such an aggressive and unaccountable manner, I would have trouble sleeping at night as well.

Eventually, everybody passed through the metal detector and proceeded to enter the courtroom. On my way through the door, Prevost told me to remove my hat. Although uncomfortable complying with the orders of any stranger claiming to have authority to force me to remove articles of my clothing, I did so as to not have his threats again directed at me. At some point after taking my seat, though, I returned the hat to my head – I was more comfortable that way. I was not threatened again. Another activist, Jason Repsher, was told to remove his hat as he sat down. When he stated that he would prefer to leave it on, Prevost told him to leave the courtroom. Not wanting to miss the hearing or deal with being assaulted by public officials, he removed his hat. When Pete was told to remove his hat, my observation was that he wanted to react to his initial instinct not to simply obey the arbitrary orders of the stranger claiming to have the authority to initiate force against others for not following his orders, but to discuss it. Then he seemed to decide that was not the best way to utilize his time in that particular instance.

While waiting for Ian’s hearing to begin, other cases were heard. A few different times, defendants were told by the judge that the charges against them would be dropped if they paid money. Most of the other cases also consisted of individuals being told to give “the state” money. It was made very clear what the incentive of this business (albeit one where the customers come involuntarily) is. The prosecutor spoke with Ian a couple times before the hearing. If I understand correctly, the first time he said that the misdemeanor charge would be dropped if he would plead guilty to the ‘city ordinance violation’; Ian declined. Next, the prosecutor said that he would dismiss both charges if Ian donated money to charity. At arraignment, according to Darryl Perry,

Ian was offered a plea deal, which would require him to claim “responsibility” (apparently Massachusetts lingo for “plead guilty”). He stated that he wanted this to go away and that he didn’t want to return to Massachusetts for court. The Judge offered to let Ian pay $50, he asked if he could donate that money to charity, she denied that request and set a court date of December 10.

Since he already had to make the trip back to Massachusetts for court, Ian declined the offer. Ian was told that the misdemeanor charge would be dismissed anyway, and that they would proceed with the ‘city ordinance violation’ which was referred to as a civil matter.

The judge claimed to have not received any of the pre-trial motions submitted by Ian and for that reason, supposedly, would not allow the hearing to be filmed despite Ian’s objections to proceeding without his camera present. Hopefully these public employees will be more reasonable the next time Ian is told to appear, in late January. It was also noted that the ACLU filed an appearance.

I am very glad to be surrounded by wonderful friends and activists with the shared goal of spreading the idea that nobody has authority over anyone but themselves, regardless of their attire or place of employment.

After leaving the District Court, we all went to Palmer City Hall where Ian was arrested for filming. Most of the dozen individuals who spent a few minutes touring the building filmed the entire time. The signs stating that filming was not allowed were no longer posted throughout the building. None of the individuals who filmed in the City Hall today were arrested for the same action that supposedly justifies Ian being arrested in October.

9
SHARES
FacebookTwitterGoogleRedditTumblr
DiggLinkedinStumbleuponMailPrint
You Can Support Cop Block by shoppping on Amazon using the banner below:
BANNERS ARE CLICKABLE