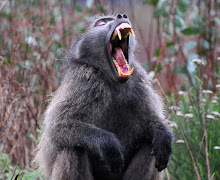 The following was submitted by ‘Monkey.‘

Pro law enforcement people wonder why people don’t like the police. These guys are heroes, they say. They are out to protect you. They are the good guys.

Are they? Looking at recent cases it seems like “officer safety” trumps EVERYTHING. A cop can gun down a chihuahua and it gets dismissed as justifiable. They can shoot a guy in his own home cowering in a corner holding a golf club and that is deemed justifiable. Since WHEN did the attitude become that the job of police officer be so risk averse that cops can shoot anyone or anything given the slightest provocation?

I’ll tell you what else I don’t like. There are two sets of rules. One for them, and one for you. You keep hearing about “officer safety” in all the bogus cop shooting incidents where the cop is ALWAYS cleared of any wrong doing; yet, if a civilian with a concealed carry permit were in exactly the same situation, they would be punished – sometimes harshly.

Take Todd Blair, the guy who was killed holding the golf club. If you went into someone’s house, no matter WHAT the justification, and shot them while they were cowering in a corner, then tried to claim you did it for your own safety, the judge, jury, and prosecutor would all laugh you right into a prison cell. The FACT that you NEVER EVEN TOLD HIM TO PUT IT DOWN, just like the cop did not do, would further damage your case. That the guy you shot was a crackhead would mean nothing. Put on a UNIFORM and work for the state and it’s all “attaboy, good job”, no charges filed.

Imagine what would happen if some small to mid-sized dog growled at you and you shot it. Think, “I was in fear for my safety,” would cut you any slack?

There was a recent case where New York cops got into a shootout with a psycho. Some bystanders got accidentally shot by the cops. Most people understood in a bad situation like that it can happen, so no one condemned the cops. But here’s the deal. Citizens ARE NOT afforded the same slack. A gun owner is told he is going to be held responsible for EVERY BULLET fired, so in the very same situation a citizen could, and in a liberal state, probably would, be prosecuted. How is this fair? It’s somehow OK for a supposedly trained police officer to hit innocent people in a gunfight, but a citizen is supposed to be able to shoot like Annie Oakley under the very same circumstances.

You have a “thin blue line” balls to ass-cheeks circle jerk culture where they cover up for each other. There are many cops that do their jobs in a professional manor. There are even some that do so well they could be referred to as “great cops.” I would argue that no matter how well an officer preforms his duty, he is ultimately a lousy cop if he fails to report bad behavior from the rotten cops. The problem with that is any cop who violates omerta gets ostracized from the force. He could wind up getting a shit detail in the worst neighborhood, and them have no one show up when he calls for backup. The blue wall of silence is bad business, yet it is the culture all cops operate under.

It seems to me that most of the REAL good cops get drummed off the force as a result of this culture. They are literally, too moral to be a police officer.

And therein lies the problem…