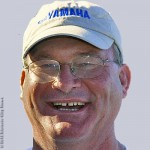 Public Affairs Director Klare Ly reported to Historic City News that the St Augustine man, James H Scharfschwerdt, has been convicted by a St Johns County jury after he lured young boys, between the ages of 12 and 16 years-old, with fishing and boating activities; then used alcohol and child pornography to betray their trust.

Assistant State Attorney Jennifer Dunton prosecuted Scharfschwerdt during a two-day trial that began on Monday and concluded yesterday. The trial was peppered with emotional testimony from three other young men who told eerily similar stories about the manner in which they were sexually molested by Scharfschwerdt.

In graphic detail, the sexual battery victim, who was a 14-year-old boy at the time the crimes were committed, described three separate incidents when Scharfschwerdt befriended, then sexually molested him. After years of trying to forget what happened to him, the teenager finally told his mother.

Ly told Historic City News that, together, they made the difficult decision to come forward and report the crime. Corroborating testimony from three other victims revealed that Scharfschwerdt had abused boys as young as 12 — up to the age of 16.

Jury deliberation lasted just a little over one hour [Tuesday] before they found Scharfschwerdt guilty of three-counts of lewd or lascivious sexual battery — each a second-degree felony.

Dunton said the defendant faces a maximum sentence of 45 years in prison.