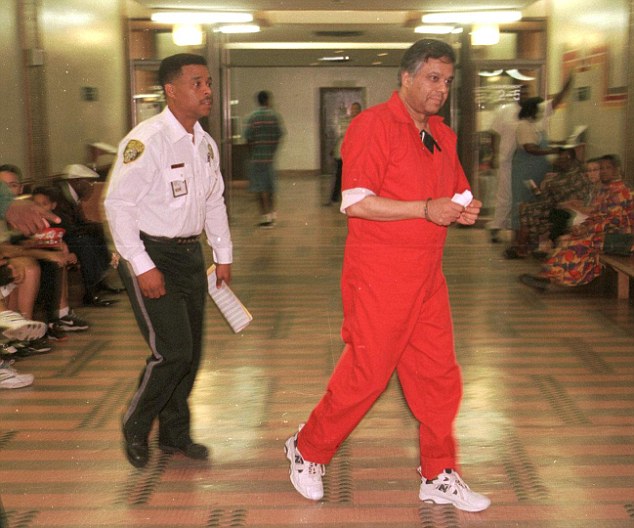 DailyMail.com shared the following on December 22, 2012.

A British millionaire racehorse owner who was once an acquaintance of the Queen was framed for a horrifying double murder by corrupt Miami detectives working for Colombian drug barons, according to documents filed in court last week.

The Mail on Sunday has learned that lawyers acting for Kris Maharaj, 73, who has spent the past 26 years in a series of Florida prisons, have obtained sensational new testimony from Miami Police Department sources directly involved in the 1986 investigation.

These sources – whose identity we cannot reveal as they fear for their safety – say the deliberate framing of Maharaj was not an isolated example, but part of a system which continued for years.

They have given details, which the lawyers have corroborated, of other brutal killings carried out by the drug cartels, where police framed more innocent victims in order to shield their criminal paymasters.

Their allegations now form a central argument of legal documents launching a fresh appeal. These also contain copious, corroborated evidence that the victims of the murders – Derrick Moo Young and his son Duane – and some of the key prosecution witnesses were close to the top of the multi-billion-dollar cocaine trade, which had a virtual stranglehold over Miami’s justice system at the time.

Three days into Maharaj’s 1987 trial, the judge, Howard Gross, was arrested after being filmed accepting a $6,300 bribe from law enforcement agents posing as drug dealers. Yet the trial continued with the same jury and another judge, and Maharaj was convicted and sentenced to death. He spent 16 years on death row, before an appeal court heard other new evidence and commuted his sentence to life in 2002. His earliest release date is 2040, when he would be 101.

Last night Maharaj’s wife, Marita, also 73, who has stood by her husband since the day of his arrest and lives in Fort Lauderdale, near the geriatric prison where he is being held, revealed that he almost died last year from the flesh-eating bug necrotising fasciitis, which destroyed much of his left leg.

She said: ‘For three months I heard nothing from him, and had no information from the prison. I didn’t know whether he was alive or dead.’

It was only when Maharaj’s lead lawyer, Clive Stafford Smith, of the charity Reprieve, insisted on seeing his client that Mrs Maharaj discovered what had happened. ‘When I finally saw him, he was in a wheelchair and looked like a prisoner in Nazi concentration camp. He is now recovering. Thankfully, they are going to let me visit him on Christmas Day.’

Maharaj, who had never been in trouble with the law before, always seemed an unlikely perpetrator of a ruthless, execution-style double killing.
Read more.